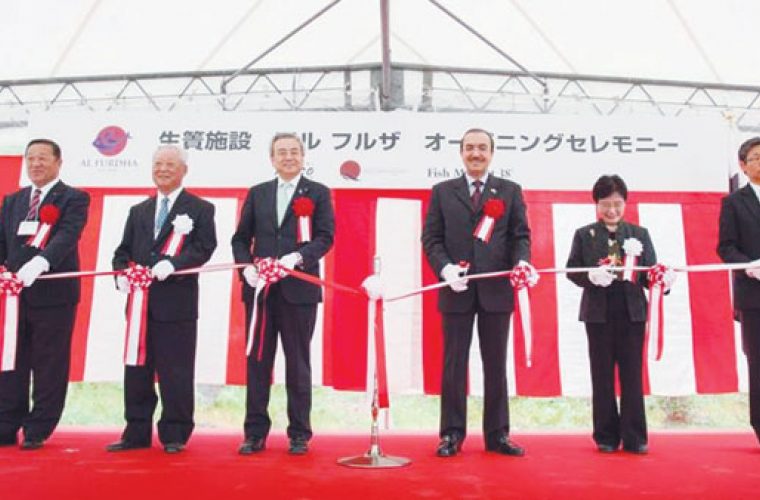 A $1.5mn fishing facility, which will benefit around 1,000 homes and help rebuild fishing industries, has been officially opened by Qatar’s Ambassador to Japan Yousef Bilal at a launch ceremony in Kesennuma city, Japan.

The facility, named Al-Furdha, will allow local fishermen to keep their catch alive until it is sent to market and is expected to provide a welcome boost to the region’s economy, which is still reeling from the devastation caused by the 2011 Great East Japan Earthquake.

Prior to the 3/11 tragedy, fishing was the lifeblood of Kesennuma city, with around four out of five households in the region reliant on the industry. As such, the unveiling of the Al-Furdha facility represents a significant step towards rejuvenating not only surrounding economies but also in transforming industry-wide best practices.

The ceremony was attended by more than 100 dignitaries and guests, including the mayor of Kesennuma, government officials, fishing industry representatives and fishermen from nearby towns and villages.

Addressing the audience, ambassador Bilal spoke of his pride in the resilience shown, especially by the fishermen who have endured these testing times. He also presented a ceremonial key to the facility managers.

“The Qatar Friendship Fund (QFF) is committed to assisting in the reconstruction of the Tohoku area. Few among us can imagine the tragedy that has befallen this region, but we have in our hands the power to write a new chapter in its rich fishing heritage,” he said.

“As such, the Qatar Friendship Fund is contributing to a brighter future for Tohoku, with timely, effective and sustainable help. It is my hope that this facility will become a beacon of sustainability for all connected to the fishing industry - from fishermen who rely on healthy fish stocks for their income and livelihoods, right through to the restaurant owners and families putting food on their tables,” the envoy stressed.

Al-Furdha, which means “window to trade”, is the latest in a long list of initiatives being undertaken by the QFF in a bid to accelerate the rebuilding of key infrastructure and supply chains in the Tohoku region. As part of a combined $100mn gift from Qatar to Japan, it is also one of two joint fishing industry projects with the Nippon International Co-operation for Community Development.

In addition to its role in transforming local and national fishing industries, the Al-Furdha facility will be used as an education platform for children and as a venue to hold various events in co-operation with the Kesennuma Slow Food Association.

Meanwhile, it is hoped that the Al-Furdha facility will emulate the success of previous initiatives, including the Maskar fish processing facility, which has already created 1,000 local jobs and provided valuable goods and services to more than 7,500 people.

The QFF has directly benefited more than 365,000 people.