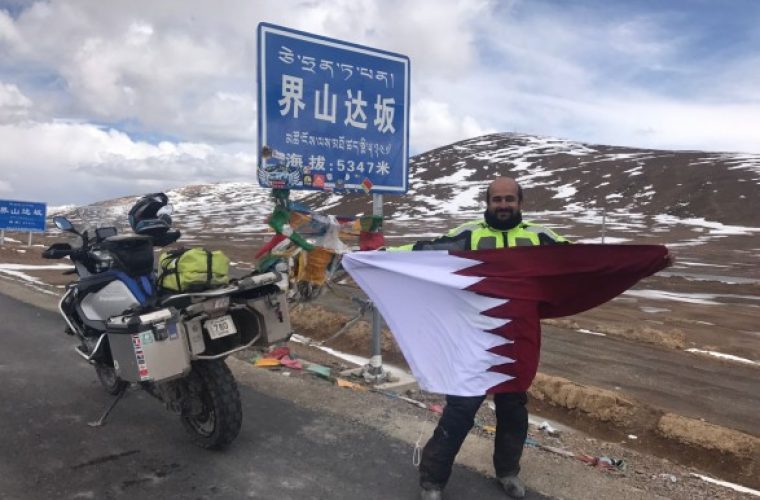 In a tweet earlier this week, Al-Jaber said that he was the first Arab to have crossed the Silk Route via the original path. He also said that he dedicates this moment to His Highness, the Emir of Qatar.

The 39-year old has been on several expeditions and adventure journeys. He started biking in 2010, initially as a hobby but then turned it into a challenge with his excursions and now hopes to turn his love for motorcycling into a career.

To find out more about Khalid Al-Jaber and his motorcycling adventures, read the full-length interview ILQ did with him before he left for his Silk Route excursion.

What to do you think of Khalid Al-Jaber and his exceptional feat? Let us know in the comments below. And don't forget to give us a like and a share—it keeps us going!