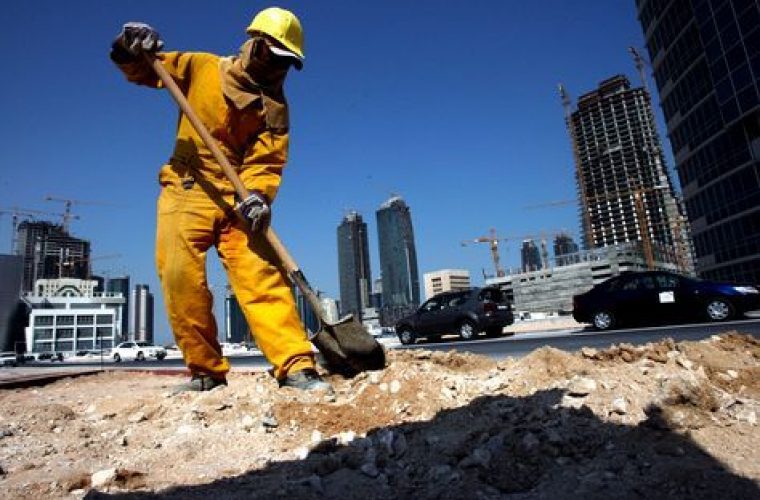 Working conditions in Qatar are not improving in the face of growing outcry from human rights organisations and political pressure, the International Trade Union Confederation (ITUC) said, describing the environment as “squalid”. On the back of a four-day visit to the Gulf state, which is due to host the FIFA 2022 World Cup, the ITUC said it had found “no improvement in living and working conditions” for migrant labourers. A number of international organisations have pressured Qatar to improve the lot of foreign workers, many of whom come from the Subcontinent, amid allegations of abuse, late or non-payment of wages, and inadequate accommodation. Complaints have come from bodies ranging from football’s FIFA to the European parliament. "What we've seen this week can be summarised as how not to design a system for the global workforce on any basis: human and labour rights; goodwill and international reputation or; productivity based on loyalty and efficiency," ITUC Sharan Burrow was quoted as saying. "International companies should be on notice about the reputational risk of doing business in Qatar without respect for workers' rights." The ITUC’s 11-member delegation to the Gulf state was reportedly shocked by “tales of terror” from migrant workers, instances of women and children being held in detention centres, and discontent among workers living in “squalid labour camps”. "This is an easy choice for the Qatari government. The perplexing question is, why won't they take it? Professional and poor workers alike tell the same stories; they came to Qatar with optimism and goodwill, only to face despair when their employer decides they are disposable and refuses to pay wages, sacks them without benefits, and/or refuses to sign their exit permit," Sharan added. In an earlier report, lobbyist group Amnesty International said that migrant workers in Qatar are treated like “cattle” in some cases, with the Gulf state’s construction sector rife with abuse as it begins work on the stadia that will host the FIFA 2022 World Cup. The lobbyist group’s report, The Dark Side of Migration, found that workers on multi-million dollar projects suffered from serious exploitation, which at times amounted to forced labour. A number of activist groups have called on the Gulf state to end its sponsorship system, known as Kafala, which ties workers to their employer, who effectively control many aspects of their daily lives and whether they can leave the country or not. Qatar has said it is taking a number of measures to include the welfare of its foreign labour force, including blacklisting companies that do not pay their staff on time. http://www.arabianbusiness.com/qatar-working-conditions-squalid-says-union-529029.html#.Up2cSY01gXw