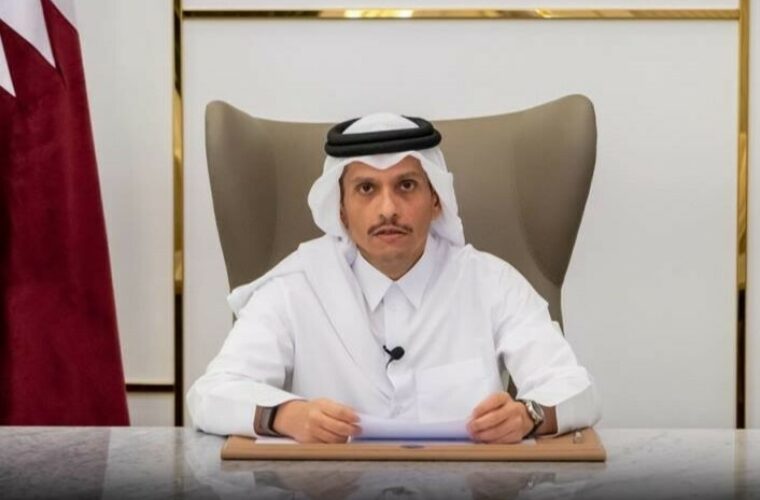 The State of Qatar announced its contribution of USD 20 million in support of a humanitarian program "Grain from Ukraine" which aimed at helping African countries to get Ukrainian grain exports.

This came in a speech delivered via video conference by H.E. Deputy Prime Minister and Minister of Foreign Affairs Sheikh Mohammed bin Abdulrahman Al-Thani before a ceremony to launch the program in Ukrainian capital city of Kiev.

At the beginning of the speech, His Excellency conveyed the greetings of H.H. the Amir Sheikh Tamim bin Hamad Al-Thani, coupled with his best wishes that the ceremony and the program would be a success. His Excellency expressed his sincere thanks and appreciation to HE President of Ukraine Volodymyr Zelensky for the kind invitation.

H.E. the Deputy Prime Minister and Minister of Foreign Affairs said the State of Qatar welcomed programs and projects that will enhance and improve food security and develop sustainable solutions to enhance countries' resilience, and welcomed in this regard Ukraine's initiative to launch the humanitarian program "Grain from Ukraine" as an initiative to help African countries obtain Ukrainian grain exports.

His Excellency noted that the current challenges in the world underscore the urgent need to enhance interdependence and integration between countries, pointing out that those who are marginalized and the most vulnerable groups in various societies bear the most severe consequences of these challenges.

He added that the mounting challenges facing global food security and the stability of energy supplies to millions of people around the world as a result of the ongoing war in Ukraine, and the risks related to malnutrition and famine due to the disruption of production and supply chains, require unprecedented international attention, continuous cooperation and a clear order of priorities, foremost of which is the humanitarian aspect.

His Excellency said that the State of Qatar has called since the beginning of the war in Ukraine for a speedy peaceful solution, noting that it welcomed the Black Sea initiative to transport grain, out of the State of Qatar's consistent policy of cooperation and partnership with the international community, and within the framework of its continuous efforts to promote international peace and security.

He said that the State of Qatar has always been one of the first countries to respond to global crises, including the food security crisis, as it was keen to redouble its efforts to respond to this crisis within a coordination framework and in cooperation with partners in the international community. His Excellency pointed out in this context that it launched an initiative to establish the Global Dryland Alliance, which aims to achieve food security in countries suffering from drought, and Qatar Fund for Development (QFFD) responded to emergency humanitarian needs in the Horn of Africa by pledging USD 12 million to help rural communities achieve food security and build resilience, and the Fund made a total financial contribution of USD 90 million to the World Food Program to meet the critical food security needs in Yemen. Moreover, the State of Qatar contributed USD 5 million to the Ukrainian Ministry of Health to provide ambulances and other medical equipment.

He stressed that what the world is facing today confirms the urgent need for continued support for food-insecure people, who depend mainly on grains for their food basket, especially in Africa and Asia. 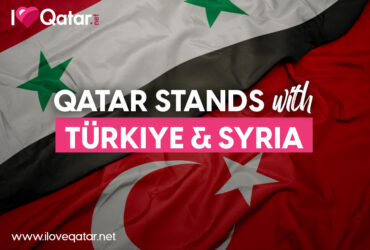