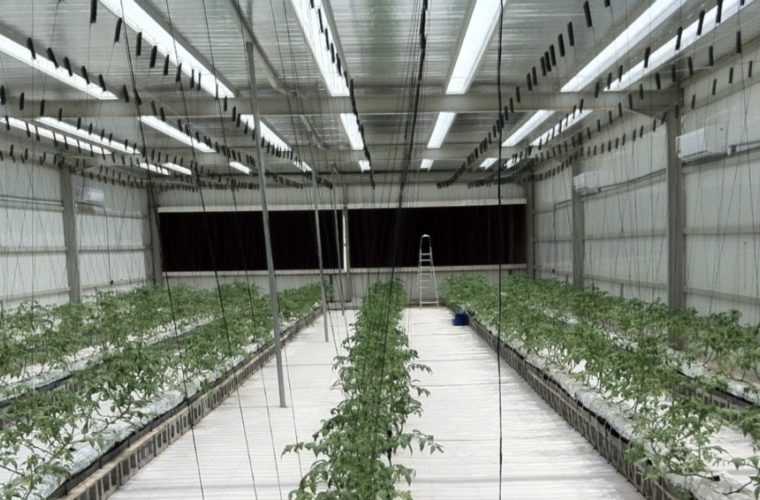 Qatar University is working on developing the first thermal insulated greenhouses powered by solar energy, in cooperation with the Ministry of Municipality and Environment (MME) represented by the Agricultural Research Department, within the framework of a research project funded by Qatar National Research Fund and the National Priorities Research Program (NPRP).

Researchers and project leaders said that greenhouses constitute an ideal growth environment in which plants are subject to close scientific control to increase production. However, providing this environment requires a high amount of energy most of which is needed to provide the required cooling, which reduces the profit margin for the farmer.

To face this problem, Dr. Saud Ghani, the principal researcher on the project and professor of mechanical engineering at the College of Engineering at Qatar University, said that this new project introduces a thermally insulated greenhouse that allows the entry of ideal levels of solar radiation through a pressurized lens (Frensel lenses) installed on the roof of the greenhouse. These lenses distribute the solar radiation to the rows of plants below.

He added that the performance of the new greenhouses was evaluated in terms of providing the required levels of solar radiation for plant growth and reducing the cooling load using simulated solar radiation tracking, cooling load calculations, and field experiments on "Nabati" Farm in Mukaynis.

Compared to conventional greenhouses, Dr. Ghani said that the proposed new cooling load was about 80% less, so the proposed solar greenhouses could achieve the benefits of a fully enclosed greenhouse while overcoming the dilemma of high cooling demand in subtropical and arid regions.

He noted that the prototype of the greenhouse is currently undergoing field tests to evaluate the yield at the "Nabati" farm in the area of Mukaynis, south of Doha, adding that during the past two summer seasons (2018, 2019), field tests have proven that these greenhouses are very promising and encourage the development of greenhouse standards, the first of its kind in Qatar, using this prototype as an initial version.

For his part, Dr. Ali Al Kharboutli, a consultant to the Agricultural Research Department at the Ministry of Municipality and Environment, said that the project depends on the use of a number of technologies that are based on the Fourth Industrial Revolution and its transformation into an integral part of the agricultural community, by developing greenhouses not only in terms of design, manufacturing, cooling and lighting systems, but rather goes beyond to encapsulate and create an environment for agriculture from local organic degradable wastes with special specifications for commercial production.

He expected that the new environment will be used as a substitute for the imported and currently used environments in agriculture.

Meanwhile, Hamad Saket Al Shammari, Director of the Agricultural Research Department at the Ministry of Municipality and Environment, indicated that the aim of the project is to develop greenhouses in line with Qatari conditions, in accordance with the latest technologies in the field of engineering and agriculture.

He added that the new greenhouses represent a quantum leap in the field of protected crops, which it is expected to increase production in quantity and quality while reducing operating costs in terms of energy and water consumption.

On the other hand, Masoud Jarallah Al Marri, Director of the Food Security Department at the Ministry of Municipality and Environment, stressed the importance of this project and its effective role in supporting the Ministry's objectives towards achieving food security in Qatar, by achieving stable production of agricultural crops throughout the year.

He praised the innovative technologies that this project relies on in cooling, as these technologies aim to reduce the energy required for cooling, which in turn will improve energy efficiency and contribute to its sustainability.