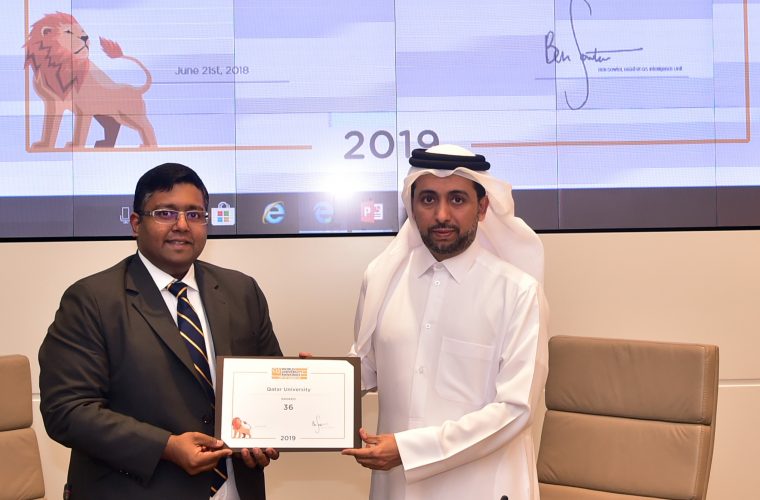 In the last six years, QU has moved up 219 places, according to the QS World University Rankings, as a result of its performance as a top-class university with high quality education to facilitate the needs of the work market and produce individuals who can make a difference in Qatar and abroad.

The “QS Top 50 Under 50” which was started in 2012, celebrates the world’s leading universities that are less than 50 years old; QU was established in 1997 and is 41 years old. The ranking may also include institutes that were established through a merger or had a different name and/or status.

QS Regional Director – Middle East, North Africa and South Asia, Ashwin Fernandes, commented on this achievement and said: “This increase is not just a number, but a statement that QU is aligning with the Qatar National Vision 2030 and aiming to create an educational system which is on par with global standards, providing the youth of Qatar and the community at large with a university for the future. It is one of the fastest rising universities in the region today.” (Source)

What do you think of QU’s achievement? What are your thoughts? Do let us know what you think in our comments section. Don’t forget to like and share-it keeps us going !