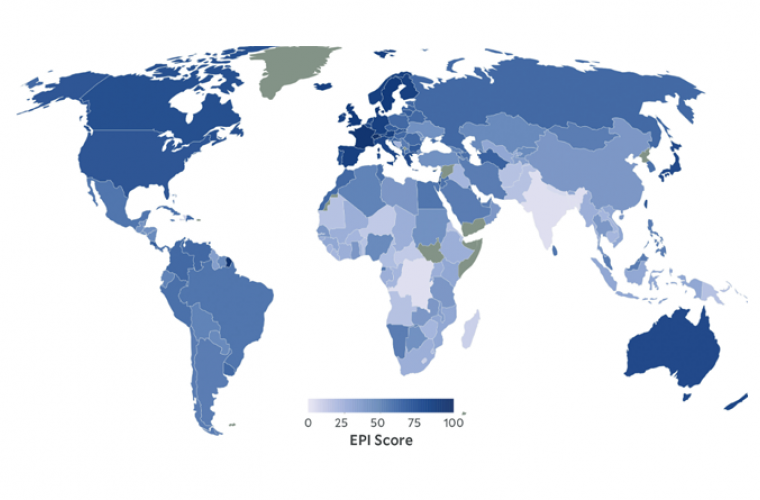 Qatar has topped the GCC region in ‘The 2018 Environmental Performance Index’, demonstrating country’s positive performance in the field of environment protection and sustainable development.

Qatar has beaten its neighbours with a wide margin by achieving 32nd rank in the index. The country not only did well in this year’s ranking, but also improved its ranking significantly in the index in the past couple of years. In the 2018 Environmental Performance Index, Qatar was at 87th place, which reflects a huge improvement 55 places.

Low scores on the EPI are indicative of the need for national sustainability efforts on a number of fronts, especially cleaning up air quality, protecting biodiversity, and reducing GHG emissions.

Due to the proactive steps taken by concerned authorities in Qatar, emissions from the electricity and energy sector were reduced from 46 percent in 2013 to around 40 percent in 2016.

A project to rehabilitate Qatari land was launched to preserve the flora. The green spaces in the country have increased with the establishment of new parks which has allowed residents to enjoy more greenery. The total area of mangroves increased from 7.3sqkm in 2010 to around 9.3sqkm in 2015 while the total area of mangrove plantation (intensive and non-intensive) increased in 2018 to 21.6sqkm. Qatar had strengthened its commitments to international conventions and treaties related to environmental preservation. It has established several environmental centres and institutions. Qatar endeavours to protect and restore its land ecosystems and promote their sustainable use, combat desertification, and halt land degradation and loss of biodiversity.

The 2018 Environmental Performance Index report is produced by researchers at Yale and Columbia Universities in collaboration with the World Economic Forum.

At the top of the rankings, Switzerland leads the world in ranking with a score of 87.42 in overall environmental performance. Switzerland’s top ranking reflects strong performance across most issues, especially climate and energy and air pollution. According to the report, air quality remains the leading environmental threat to public health globally. In the ranking, Switzerland is followed by France, Denmark, Malta, and Sweden. Seychelles has ranked as the most-improved country over the past decade, due largely to its commitment to combating greenhouse gas emissions