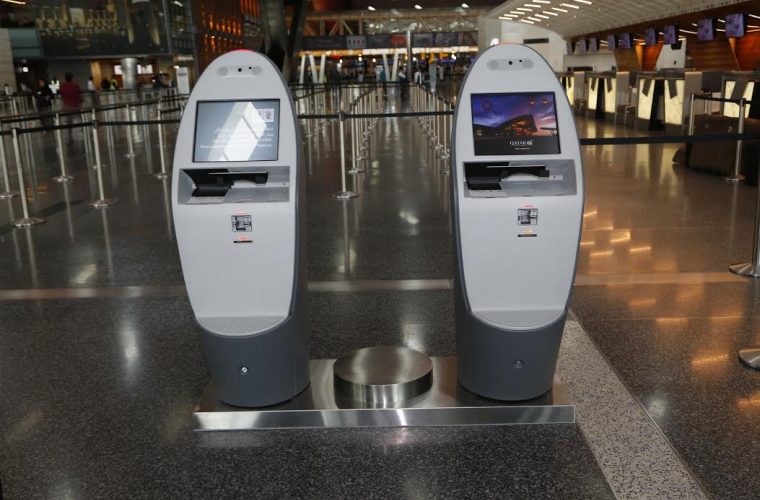 Qatar has topped in implementing civil aviation security standards, according to official results released by International Civil Aviation Organization (ICAO). This was announced during a press conference held at Hamad International Airport on Wednesday, April 26, 2017.

HE Abdullah bin Nasser Turki Al-Subaiei pointed out that the great support that the civil aviation system in Qatar receives from HE Prime Minister and Minister of Transport and Communications has made great impact on achieving noticeable position in the world that reflected in the results of the ICAO Universal Security Audit released in last February. The results highlighted that the State of Qatar scored 99.1 percent in applying the guidelines of annex 17 on Safeguarding International Civil Aviation against Acts of Unlawful Interference. Qatar also scored 96.76 percent in implementing safety management and a 100 percent in annex 9 on facilitation.

He added that this achievement was accomplished as a result of concerted efforts of security bodies in the airport, being the Ministry of Interior represented by the Airport Security Department and Airport Passports Department in the forefront, which had the key role in this excellent attainment. The competent authorities have maintained to keep all global measures that meet current standards as well as the airport has been prepared to respond quickly to any future developments in various fields, he said.

He added that the achievement of HIA Qatar was an important step towards realizing Qatar National Vision 2030 and it emphasized that Airport was one of the safest in the world.

Airport Security Department Director Brigadier Essa Arrar Al Rumaihi stressed that this achievement was regarded as a great success in all standards when compared Hamad International Airport to the previous Doha International Airport in terms of the size of buildings and the number of passengers as well as the existing security systems and human resources operating at the airport. He noted that these things have posed a security challenge to the concerned authority since the opening of Hamad International Airport, where the Ministry of the Interior endeavoured to provide enough security cadres and train them to carry out their security duties at its best.

He stated that Qatar's achievement to this high international rank was a boosting element for them to maintain the level of civil aviation security. This will be retained by keeping pace with the security developments related to aviation security through the use of modern equipment and raising the efficiency of the human elements capable of dealing with the modern security system, he added.

He also pointed out that the State of Qatar has made a significant leap in the field of civil aviation security through the efforts of Airport Security Department, which adopted a number of new inspection devices inside the airport. These devices contributed to enhancing the security aspect inside the airport by facilitating the movement of passengers eliminating queues during their entry to the airport. These devices are being used for the first time in the world at Hamad Airport and are meant for individual inspection and luggage searches and are linked to cameras to detect any obstructions with passengers. The airport security personnel were also trained on how to use and benefit from them, he said.

He stressed that the Airport Security Department is working to complete its new vision by implementing the smart traveler system in cooperation with the authority of Hamad International Airport and the Airport Passports Department. By this the traveler can complete all travel procedures electronically without the need to interfere any human element, passing on the inspection devices and then completion of procedures of travel, weighing bags, issuance of boarding pass to pass through the e-gates and then boarding the plane so that the passenger is dealt with security without the presence of security staffs. This system will make easier for the traveler to complete the travel procedures in a healthy atmosphere and sophisticated electronic methods.

Brigadier Al-Rumaihi said that the department has developed future plans to take care of the human element within the department, as the individual is the basis of development. He added that department has so far trained more than 1,000 security personnel to learn all the tasks of security work inside the airport in addition to attracting Qatari citizens from the secondary campaign and introduce them in various courses of foundation, specialization and advancement.

Col. Muhammad Rashid Al Mazroui pointed to the increase in the number of passengers who used electronic gates during the first quarter of this year, which registered 850,000 passengers, that was achieved by the great efforts exerted by all bodies working at the airport.

He highlighted the plans of the Passports Department to facilitate procedures for passengers and the implementation of the electronic system to end all travel procedures safely through the modernization of entry and exit dealings.

He noted that the Department now has the latest systems in the process of checking the travel documents, through sophisticated devices which can identify any fraud attempts, including technological devices with high capabilities. These devices can identify the places of fraud also the database of the devices is constantly updated to keep pace with passports of all types and forms.