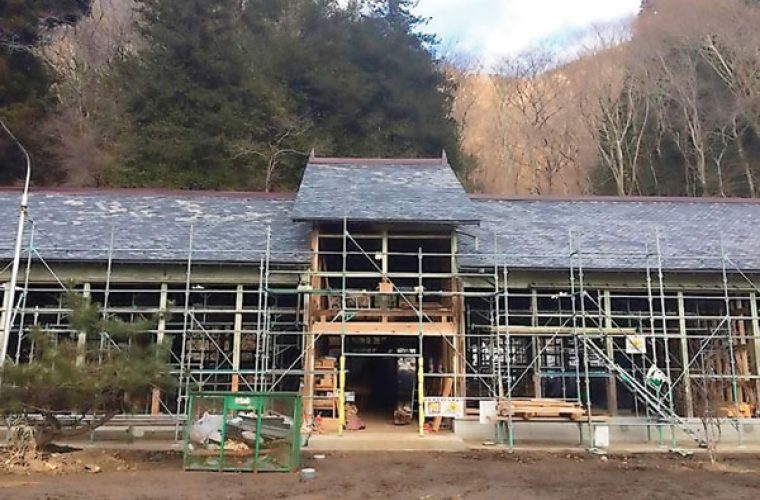 With the support of Qatar Friendship Fund (QFF)a 92-year-old abandoned wooden Japanese school is set to be transformed into a modern sustainable learning centre for children, initially in Japan but eventually worldwide.

The ‘Moriumius-Lusail’ centre, which was introduced at a signing ceremony in February, takes its name from the historically significant Qatari city of Lusail, and will be managed by sweet treat 311, a Japanese public interest incorporation initially set up to provide sweets and food to the worst affected areas in the immediate aftermath of the 2011 Great East Japan Earthquake.

The school was originally built in 1923, and its restoration is symbolic of regeneration in Lusail.

Home to the Lusail Fort, the city will be at the center of the 2022 Qatar World Cup as the Lusail Stadium will host both the tournament’s opening and final matches.

As part of the agreement, QFF will provide a JPY500m grant in support of the renovation of the school’s external structure, classrooms, and staff rooms at the old Kuwahama elementary school in Ishinomaki Ogatsu. The new-look centre is set to open in the summer.

Following its refurbishment, the ethos of the centre will focus on the ‘stay, eat, experience’ concept and aim to serve the development needs of more than 4,000 children and expected to use the facilities in the first year. In line with this theme, the classrooms and staff room are to be turned into eating, sleeping, and learning spaces.

The project’s proponents have further expressed a desire for the centre to open its doors to children from throughout Japan – and indeed the world. Together, they hope that local children as well as the broader community will benefit greatly from communicating with and being exposed to international visitors.

Speaking at a signing ceremony in which he was joined by sweet treat 311 Director, Gentaro Yui, Qatar’s Ambassador to Japan, Youssef Bilal said: “This project will seek to build on your experiences here in Ogatsu. I hope that through this partnership, the local community can increase its interactions with not only Japan, but also the world. Our new agreement with sweet treat 311 is born out of our shared desire to build a brighter future, but while four years have passed since the earthquake happened, we must also ensure that we do not forget the tragedy. Our efforts must reflect your legacy.”

Reflecting the thematic focus of QFF, the core learning programme of the centre will feature training in critical areas such as fisheries. Other educational and vocational offerings will include manufacturing, agriculture, forestry, cooking and IT.