Qatar To Back Poland For COP 19 Meet 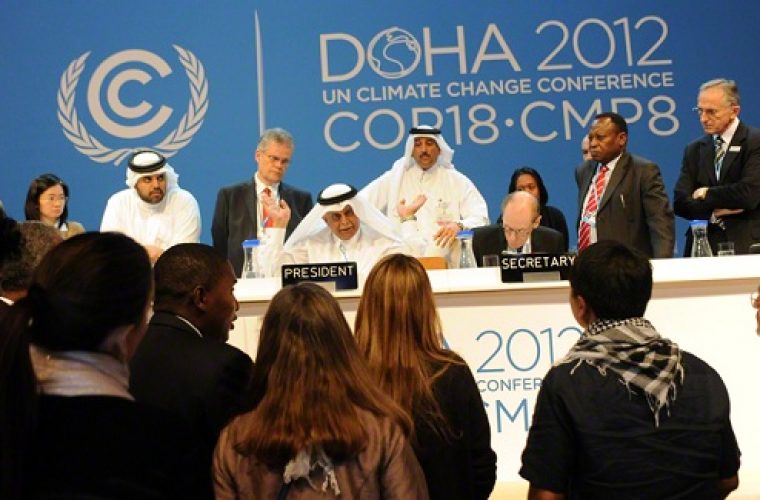 The Chairman of the Administrative Control and Transparency Authority and Chairman of the United Nations Climate Change Conference (COP 18) H E Abdullah bin Hamad Al Attiyah yesterday presided over the third meeting of the Bureau of the United Nations Framework Convention on Climate Change (UNFCCC) with UNFCCC Executive Secretary Christiana Figueres in attendance. At the outset of the meeting, Al Attiyah welcomed the UNFCCC Bureau members at the Bureau’s third meeting, and expressed sincere appreciation for the good work they have exhibited. He also expressed pleasure for the progress made in the discussions that have taken place during the first week of the on-going sessions, underlining the importance of the implementation of the Doha Climate Gateway decisions as the bureau is making progress in achieving a new agreement in 2015. “Doha streamlined the negotiation process and parties need to make full use of negotiation time,” Al Attiyah said. He said “Parties have concluded our talks in the Petersburg Dialogue in Berlin, with the positive impression that it was a useful continuation of the discussions that took place in Bonn on a 2015 global climate treaty and what is required to increase climate action before any future treaty takes effect. Ministers emphasised that “long-term, stable and reliable policy signals are essential to drive investments. “Our meeting in Berlin was, in fact, key to voicing concerns and identifying ways to deal with the rising challenge of climate change,” Al Attiyah added. He said the meeting also stressed on the need to encourage action from all stakeholders keeping in mind the private sector has a key role, as well as designing an ambitious, fair and balanced 2015 climate agreement that takes into account fulfilling the commitment made in previous negotiations streams. The Chairman of the Administrative Control and Transparency Authority said the Presidency is keen on seeing that progress is made on all fronts. “In this context, I also assure full support to Poland as the incoming presidency, and we are confident that COP 19/CMP 9 will drive further momentum to the achievements made in Doha,” Al Attiyah concluded.QNA Source : Qatar Chronicle