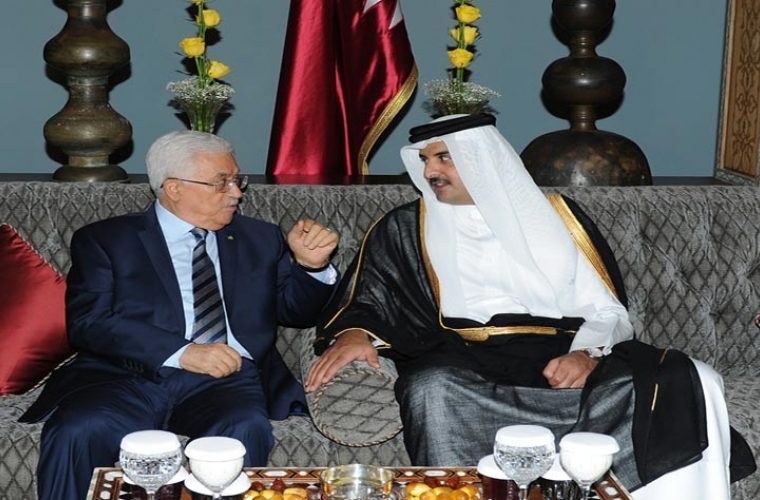 In this on-going 14-day crisis, Israel and Hamas have increased their attacks, costing many lives, especially the ones of Palestinian civilians. Since the beginning of the current crisis on July 8, 508 Palestinian civilians have died and 2,700 are wounded, including many women and children, following its deadly peak on Sunday with the Israeli ground operation that started on Thursday killing 268 of those 508 Palestinian.

Israeli Prime Minister Netanyahu announced on Tuesday an increase in attacks and offense after Egypt’s attempts to achieve a ceasefire that day had failed. Egypt had tried to reach a truce between Israel and Palestine, that was accepted by Israel, but rejected by Hamas due to a lack of communication and negotiations between Egypt and Hamas prior to the planned ceasefire. On Thursday however, a four hour long humanitarian ceasefire took place between the two sides, leaving humans living in Israel and Palestine without fear for their lives and their loved ones for a few hours.

The attacks of Israel from their air force, military and now their ground offense are inhumane and need to stop, as Palestine’s military’s disadvantage and lack of weaponry make this not a war, but a brutal and merciless genocide of the Palestinian civilians. In this conflict, international intervention is needed and a solution for an effective ceasefire and end of occupation of Palestinian territory necessary.

Now Qatar is seen to possibly play a key role in mediation due to its good connections to Hamas and the West. Qatar seeks to mediate and communicate the demands made by Hamas and wait for the conditions of Israel presented by the United States, as a government official in Qatar revealed to Reuters. If a truce brokered by Qatar will be accepted by Israel is not guaranteed, as Israel sees Qatar’s good connection as a threat and fears that Qatar would be biased towards Hamas in negotiations.

Many countries have reached out to Qatar to help by using its influence to achieve a truce. On July 11, John Kerry, US Secretary of State conducted a phone call to discuss developments in the Gaza Strip and ways to intervene with Minister of Foreign Affairs in Qatar, HE Khalid bin Mohammed Al- Attiyah. On the 18th, HE Khalid bin Mohammed Al- Attiyah also reviewed recent conditions in Gaza with the French and Norwegian Foreign Minister Laurent Fabius and Borge Brende. Two days ago, Turkish Prime Minister Recep Tayyip Erdogan reached out to HH the Emir Sheikh Tamim bin Hamad Al Thani to debate means to end Israeli aggression and protect Palestinians, exposed to the flagrant and inhumane violations in Gaza.

The Minister of Foreign Affairs, HE Khalid bin Mohammed Al- Attiyah, then led Qatar’s delegation to an emergency Arab Foreign Ministers’ Meeting at Arab League headquarters in Cairo where he stated that he “comes under exceptional and complex circumstances due to the Israeli aggression on the Gaza Strip in an unfortunate and inhumane scene of killings, arrests and house demolitions as well as other aggressive acts that constitute a challenge to the International Community and a flagrant violation of the international law, human values and the international conventions on human rights”, according to Qatar State News Agency (QNA).

He also emphasized Israel’s breach of truce agreements in the past, giving the example of the ceasefire of the 8-day war in 2012, which Hamas seeks to recommit to together with Israel.

QNA also highlighted, “HE the Foreign Minister warned that in front of the failure of the Security Council to stand with the truth, respond to the voice of human conscience against injustice and, take a positive and effective attitude to issue a decision of an immediate halt to Israeli attacks, the continuation of this aggression will lead to dire results in the entire region.“ The Foreign Minister Al- Attiyah believes that a joined Arab action needs to take place for the support of Palestine.

On July 11, the Speaker of the Arab Parliament, Ahmed Mohammed Al- Jarwa called for UN Secretary General Ban Ki-moon to stop the Israeli occupation and genocide, and criticized the unacceptable international silence.

In humanitarian efforts, Qatar has already donated £ 500 million to Palestine, but continues to call for intervention in order to achieve a ceasefire. Just Staurday night, a conference was held at the Four Seasons Hotel, with the UN Secretary General Ban Ki-moon, where HE, Foreign Minister Al- Attiyah criticized the lack of interest of the international community and their moral and humanitarian responsibility towards the Palestinians suffering and stated the support from a list of countries who will help and contribute to Qatar’s efforts to achieve peace. Ban Ki-moon, who regrets the Israeli escalation, met yesterday with the Palestinian President Mahmoud Abbas, and HH the Emir, who said that a failure to achieve a truce would end in serious humanitarian consequences. 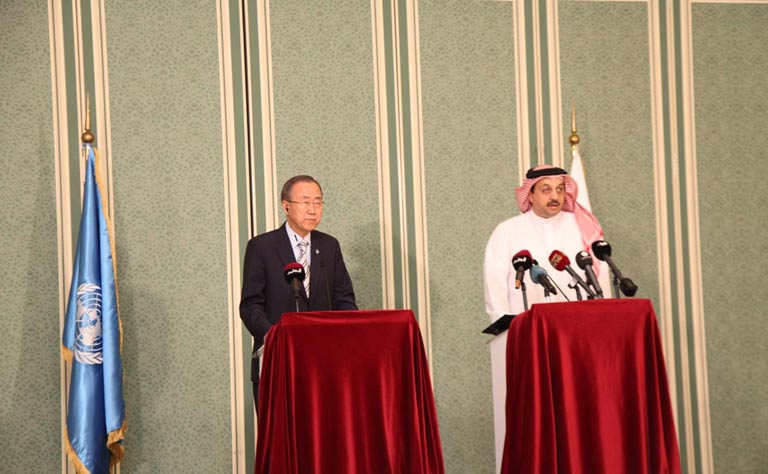 On Sunday, HH the Emir also met with Palestinian President Mahmoud Abbas, who arrived in Doha the same day, to discuss the developments in Gaza, as well as emphasizing the importance of international intervention. HH, the Emir then stated Qatar’s stance to end Israeli occupation and genocide of Palestinians.

This conflict between Israel and Palestine, resulting in genocide of innocent civilians can no longer go on. Means to mediate are being discussed to put an immediate stop to the Israeli occupation and inhumane attacks, but what can you do?

Qatar itself donating £ 500 million as humanitarian aid to Gaza emphasizes its support to the Palestinians, and there are charities available you can donate to for Palestine.

In January, Qatar Charity donated 1 million US Dollars to Palestinian refugees, and during this crisis, various options are applicable for your donation, such as donations for shelter, food and medical aid. You can choose where your money will aid the people of Palestine.

Raise awareness on social media platforms, as HE Foreign Minister Al- Attiyah stated the lack of international interest and Speaker of the Arab Parliament Ahmed Mohammed Al- Jarwa criticized the international silence. It is also our very responsibility to raise awareness and reach out to inform others about the circumstances of this conflict, to end the silence and avoid others from obtaining news from biased media coverage.

Thirdly, some people have called on boycotting companies that are supporting the struggle and/or supporting the Israeli occupation. Boycotts continue to show success, as in the UK in June 2014, for example, the department store chain John Lewis stopped its sale of SodaStream products due to pressure from the public and the lack of sales.

Some people have been sharing lists of companies to boycott, but we thought we'd list their reasoning below. Of course at the end of the day, it's up to you to decide what you think is the best alternative to the issue at hand. Remember, boycotting can also hurt innocent franchisees. Another alternative is to write a letter to the companies to voice your concerns. The list is comprised of international companies supporting Israel in its occupation of Palestinian land, that you can avoid using or buying from in order to help end the violations against human rights the Israeli occupation commits. Boycott, Disinvest and Sanctions (BDS) is an international campaign using economic and political pressure to end the occupation and support the human rights of Palestinians. Think before you buy and show your support on Twitter or Facebook using #BDSinQatar, thus further raising awareness.