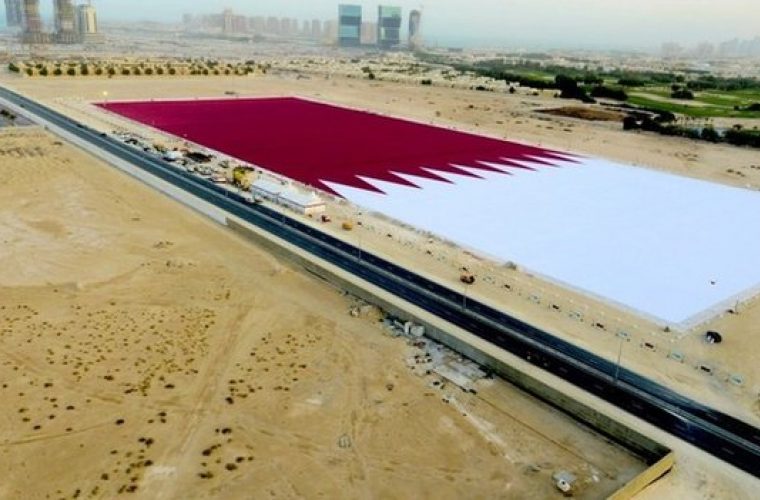 The Qatar national flag measuring 101,000+sqm, recognised recently by the Guinness World Records as the largest flag in the world, is scheduled to be removed today from the open ground behind Doha Golf Club, local Arabic daily Arrayah has reported. Unveiled as part of the Qatar National Day celebrations, “the Flag of Gratitude and Loyalty,” supported by Brooq Qatari Magazine and Katara the Cultural Village, beat the current record holder Romania, which created a 79,000sqm flag last year. The flag, weighing 10-tonne, is to be made into backpacks that would be distributed to more than 200,000 students in 60 countries around the world. The world’s largest flag has been seen by a great number of visitors ever since it was put on display. The organising committee has erected a 4m high platform for viewers to have a clear view of the flag. The visitors are also being briefed about the story behind the flag and the different phases of its creation until it was admitted into the Guinness World Records. Students from around 25 different schools around the country saw the flag yesterday. http://www.gulf-times.com/qatar/178/details/375834/qatar%E2%80%99s-largest-national-flag-to-be-removed-today Photo: BBC