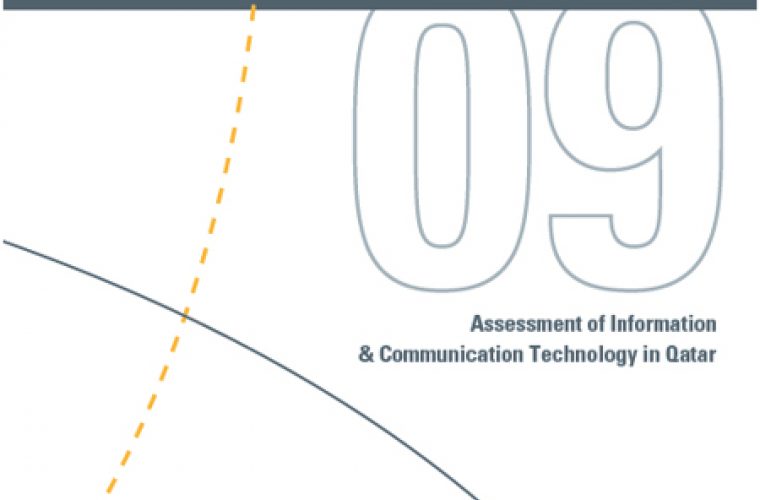 ictQATAR Releases Qatar's ICT Landscape Report 2009 Qatar's people, institutions, and government have made steady progress in adopting ICT into daily life, according to Qatar's ICT Landscape 2009, the first country-wide, survey-based ICT study released on May 17th, 2009. This first report provides a good understanding of where Qatar stands today compared to developing and developed countries in terms of ICT adoption by all sectors of the society, including residents, government, and the business community. It also looks at the education, health, and tourism sectors, as well as the ICT job market. "In just a few short years, we have begun to realize the rewards of information and communication technology, said Dr. Hessa Al-Jaber, Secretary General of the Supreme Council of Information and Communication Technology (ictQATAR). "In the years ahead, an increasingly vibrant and innovative ICT sector will secure Qatar's economy and an even brighter tomorrow for Qatar's families," she added. ICT adoption is broadly defined as the integration of computers, internet, and related technologies in social and economic activities. The wider the use of these technologies in the daily life of individuals or the daily operations of organizations, the higher the level of ICT adoption. Encouraging ICT Indicators The most encouraging ICT indicators highlighted in the report include: • Among the resident population (excluding transient labor population), basic ICT indicators are comparable to European (EU-15) averages. Internet penetration is 63 percent, 54 percent of residents are computer users, and there is a 120.8 percent mobile penetration rate. • Qatar ranks highest in the Arab world in number of PCs in schools per 100 students. Independent schools are far ahead of other school types in number of computer users per 100 students and number of internet connected computers. • The government of Qatar is "leading by example" with 88 PCs per 100 government employees. • Government hospitals and health centers are well equipped to provide Internet access - 95 percent of all physicians and 78 percent of nurses have Internet connection in government hospitals and 95 percent of physicians and 78 percent of nurses have Internet access at health centers. • The percentage of businesses in Qatar that are connected to the Internet is well over 90 percent for all business types except micro businesses (10 employees or less) which stand at 41 percent. "In just a few short years, we have begun to realize the rewards of information and communication technology. In the years ahead, an increasingly vibrant and innovative ICT sector will secure Qatar's economy and an even brighter tomorrow for Qatar's families" The findings of Qatar's ICT Landscape 2009 are consistent with many international surveys that place Qatar among the top three in the Arab world in terms of combined performance in basic ICT indicators such as the numbers of computer users, Internet users, mobile telephone subscribers, fixed telephone lines, and broadband Internet subscribers. And Qatar is being recognized internationally for its progress, recently rising to 29th among 134 nations from the previous year's ranking of 32nd among 127 nations in the Networked Readiness Index , produced by the World Economic Forum, in cooperation with INSEAD. While progress has been made in ICT adoption across all sectors, the Qatar's ICT Landscape also reveals that Qatar's government, business, and residents are not on the same level of ICT adoption. Residents (general population) performed better in overall ICT indicators than government and business; with businesses having the most progress to make. Areas for Improvement Report findings that indicate areas for improvement include: • A wide gap exists in broadband access between Qatar and the EU-15 in terms of the entire business population, although broadband subscriptions is approaching saturation among large and super large businesses. • Micro enterprises dominate the business sector by sheer number, but had the lowest ICT adoption rate of all business size segments in all indicators. • Qatar's overall performance in business network connectivity is consistently lower than the average in the most developed countries. • Nearly two-thirds of government services are not yet online. • While residents of Qatar perform well in basic Internet use such as email and search engines, their performance in advanced Internet use, such as e-banking and e-government services is behind that of Europe. • The PC-to-student ratio in Europe is almost 1.5 times that of Qatar. • The demand for ICT professionals in Qatar outweighs local supply several fold. This gap is expected to continue in the years ahead. "We must accelerate our efforts in order to realize the nation's vision of a diverse, flexible economy that advances the welfare of all Qatar's people," said Dr. Hessa. "ictQATAR's 3-year master plan provides the strategy and programs to increase ICT adoption across all sectors", she added. ictQATAR is sharing the findings of the report with representatives of each of the major sectors to collaborate on how best to increase ICT adoption. ictQATAR commissioned Madar Research to survey and analyze the state of ICT in Qatar. Qatar's ICT Landscape 2009 is based on 13 field surveys, producing a total of more than 4,800 interviews conducted from mid-June 20089 to mid-October 2008. The assessment also utilized extensive secondary research involving literature and web surveys. To browse and download the full Qatar ICT Landscape 2009 Report (in PDF), go to: http://www.ict.gov.qa/output/NewsPage.aspx?PageID=1261.