Qatar-Russia Year of Culture gets underway 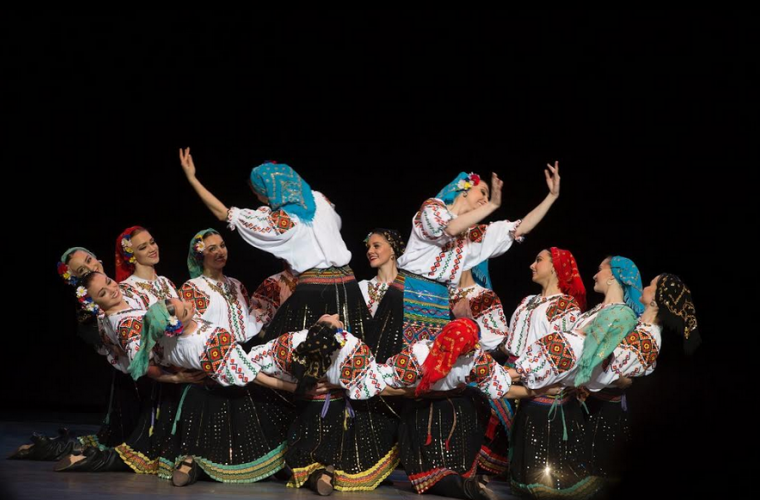 Held at the Katara Cultural Village, the award-winning Igor Moiseyev Ballet marked the beginning of the Qatar Russia 2018 Year of Culture. The performance, directed by Elena Shcherbakova, renowned artistic and executive director of Igor Moiseyev State Academic Ensemble of Popular Dance, is part of Qatar Museum’s (QM) Years of Culture initiative. The initiative was launched in 2012, under the guidance of QM’s Chairperson, HE Sheikha Al Mayassa bint Hamad bin Khalifa Al Thani, and aims to build bridges between nations and establish Qatar as a cultural destination.

For his part, Mr Vladimir Medinsky, Minister of Culture of the Russian Federation, stated: “We are looking forward to this Year’s cultural exchange programme creating an atmosphere of understanding and trust between our nations that helps strengthen opportunities for tourism and economic exchange. Activities planned for this year will help both sides get to know each other better and invigorate economic relations.”

The Igor Moiseyev Ballet is often described as the greatest folk dance group in the world, captivating audiences for over 80 years. The group’s iconic choreography is marked by its harmonious fusion of technical brilliance and folkdance spontaneity. The dances reflect the diverse cultures of the world, painting choreographic scenes, miniatures and one-act ballets against music of great Russian composers including Modest Mussorgsky, Nikolay Rimsky-Korsakov and Mikhail Glinka among others.

The performance marks the beginning of the Qatar Russia 2018 Year of Culture initiative organised in partnership with leading institutions both in Qatar and Russia, including the Embassy of Qatar in Russia, Embassy of the Russian Federation in Qatar, the Ministry of Culture and Sports in Qatar, as well as the Ministry of Culture of the Russian Federation. The year is set to include a variety of events and activities that will promote Qatar’s art and heritage in Russia, while at the same time introducing local audiences to Russia’s vast cultural heritage.

The Qatar Russia 2018 Year of Culture is part of the landmark ‘Years of Culture’ initiative developed by QM to deepen understanding between nations and their people through mutual exchanges of arts, culture, heritage and sport.

First launched in 2012, the year-long programme involves exhibitions, competitions and events – all designed to promote mutual understanding, recognition and appreciation between Qatar and the selected partner countries. Qatar Russia 2018 follows the huge success of previous years of culture including Qatar-Germany 2017, Qatar-China 2016, Qatar-Turkey 2015, Qatar-Brazil 2014, Qatar-UK 2013, and Qatar-Japan 2012.

Whilst the Years of Culture lasts for one year, the initiative is designed to develop stronger ties between both nations well beyond the Year, fostering the exchange of ideas, sparking debate with other parts of the world, and creating lasting, collaborative relationships between nations, partners and sponsors in the spirit of openness and innovation.

All images courtesy of Qatar Museums