Qatar: Resolving conflicts through peaceful means is the best solution 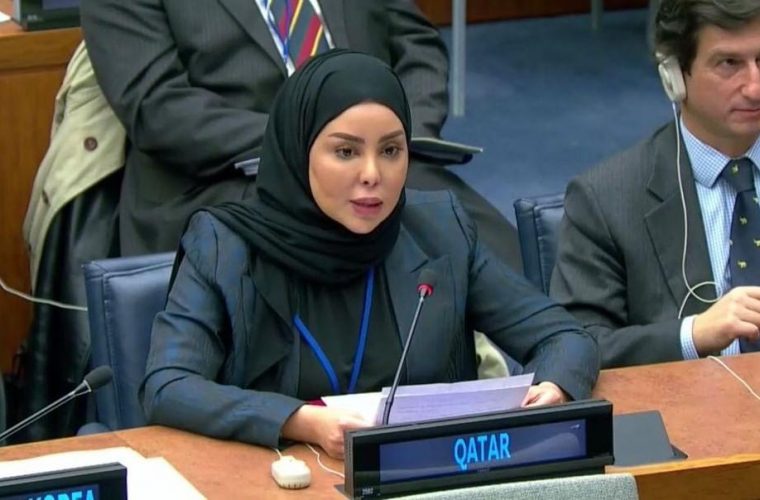 The State of Qatar has underlined that resolving armed conflicts through peaceful means is the best and most effective option for maintaining international peace and security.

"The proliferation and use of weapons of mass destruction and their terrible effects on humanity must bring together the international community to prevent the possession of such weapons, to ensure that their use is prohibited under any justification, and to strictly abide by the legal obligations contained in the relevant international treaties," she said.

She stressed the State of Qatar's belief that resolving armed conflicts through peaceful means is the best and most viable option for maintaining international peace and security and ridding the world of the conflicts that terrorist groups have long exploited to acquire weapons of mass destruction as it was confirmed by Security Council resolution 1540 (2004), which affirmed that nuclear, chemical and biological weapons constitute a threat to international peace and security.

The use of chemical weapons poses a serious threat to the non-proliferation regime, exposes millions to death and suffering and undermines international peace and security. The international community has therefore rejected and condemned the use of chemical weapons." "The Convention on the Prohibition of Chemical Weapons has established the obligation to prohibit its use and possession because of its flagrant violation of international law and international humanitarian law and those responsible for their use must be held accountable and their impunity prevented. The international community's rejection of these terrible crimes was reflected in the establishment by the General Assembly of an impartial and independent international mechanism to assist in the investigation and prosecution of persons responsible for the most serious crimes committed in Syria since March 2011, she added.

The international community reiterated its rejection and condemnation of the use of chemical weapons in Syria, according to UN reports, adding that accountability for those atrocities would help prevent such crimes from recurring, do justice to the victims and send a strong message of preventing impunity, she noted.

She said that the State of Qatar continues to develop and modernize national legislation related to weapons of mass destruction in line with its obligations under the agreements to which Qatar has acceded. The State is also sponsoring all efforts that contribute to the promotion and implementation of those international conventions.

On October 16, the State of Qatar, in cooperation with the Organization for the Prohibition of Chemical Weapons (OPCW), hosted the sixth annual meeting of representatives of the chemical industry and national bodies of the States parties to the United Nations Convention on the Prohibition of Chemical Weapons, with the participation of 25 States Parties to the Convention as well as international experts and representatives of the concerned organizations, the Doha Regional Center for Training on Conventions on Weapons of Mass Destruction had trained specialists from 87 countries and international organizations, 702 trainees from the GCC and Arab countries and representatives of the five continents, through 34 programs in cooperation with the technical Chemical weapons.

She stressed that the great danger posed by the existence and use of weapons of mass destruction required all to intensify efforts to eliminate them and ensure that they were not developed or threatened to use them in a manner that maintain international peace and security.