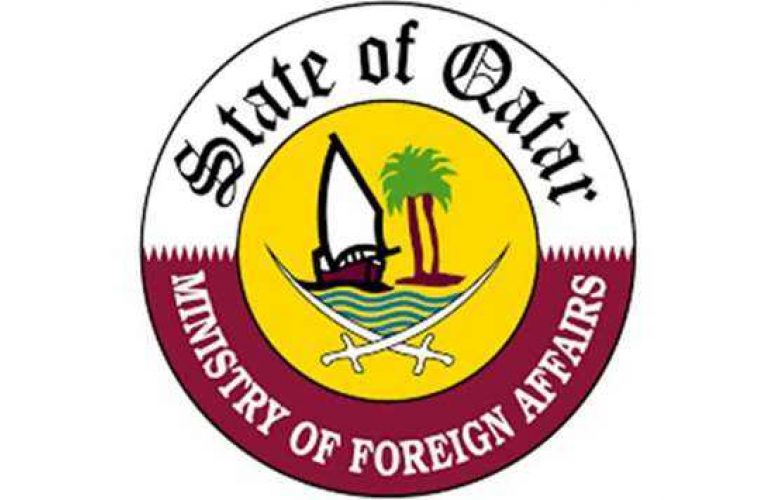 The State of Qatar has totally rejected false accusations contained in a statement by the Eritrean Ministry of Information, stressing that Qatar has nothing to do with any factions or groups in Eritrea, a matter which the Eritrean government knows very well.

In a statement today, the Ministry of Foreign Affairs was surprised by the sudden issuance of the Eritrean statement by the Ministry of Information, instead of resorting to the diplomatic and legal channels that are recognized in the international community. This raises suspicion about the real intentions and the parties behind this unrealistic statement", the Ministry's statement noted.

The statement said that the State of Qatar had delivered a protest note in April to the Ambassador of the Republic of Eritrea to Qatar, expressing its disapproval and surprise at a similar statement issued by the Eritrean Ministry of Information.

The statement said that the Ambassador of the Republic of Eritrea to the African Union had called on the State of Qatar to mediate between his country and Djibouti in their border dispute in 2017, considering the State of Qatar was the main negotiator of the peace agreement signed between the two countries in 2010, if the Eritrean government had any doubt about the truth of these ridiculous allegations issued by the Ministry of Information, it would not have made this request."

The Ministry of Foreign Affairs called on the Eritrean Ministry of Information to consider the facts and the roots of the problems, rather than accusations and falsification of the facts of a country where the friendly Eritrean people only have full respect and appreciation.