Qatar rejects any military escalation in the region 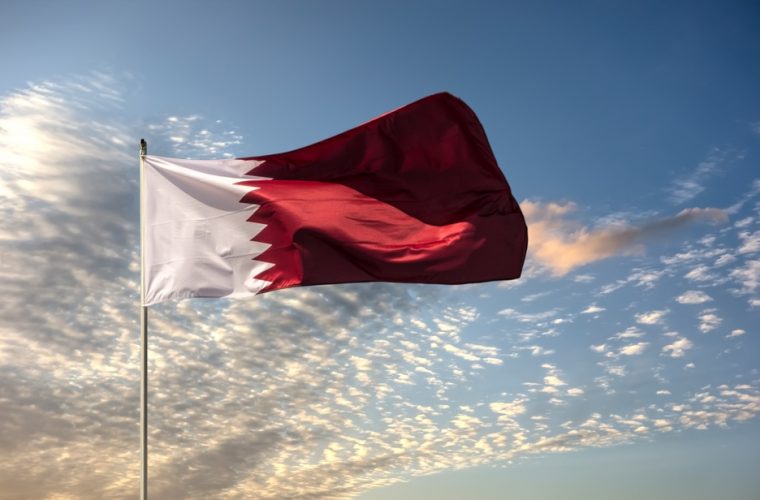 H.E Speaker of the Shura Council Ahmed bin Abdullah bin Zaid Al Mahmoud expressed Qatar's concern over the current tensions in the Gulf region, affirming Qatar's rejection of any military escalation in the region, and stressing that the world cannot afford to witness a confrontation of any kind in this region.

In his speech delivered during the Fourth Meeting of Speakers of the Eurasian Countries Parliaments "Greater Eurasia" today in the Kazakh capital, Nur-Sultan, he said that the State of Qatar is an advocate of maximum restraint and refraining from taking any military action and resolving any dispute through dialogue and adherence to the principles of international humanitarian law, otherwise, any other decision will have catastrophic consequences for the stability in the region.

His Excellency said that 29 percent of global oil exports pass through this region and any destabilization of the supply will not only affect the region but the whole world, and will not be in the interest of any party.

His Excellency stressed that the State of Qatar has been calling for resolving the current differences in the region through dialogue and peaceful means and adhering to the principles of good neighborliness and respect for the sovereignty of States, which it is the slogan of the 4th Meeting of the Presidents of Parliaments of Eurasian Countries, pointing at the same time to the condemnation of the State of Qatar to these attacks, especially on vital and civil facilities in the region or anywhere.

On the other hand, HE Speaker of the Shura Council Ahmed bin Abdullah bin Zaid Al Mahmoud, in his address to Greater Eurasia meeting talked about the blockade which has been imposed of the State of Qatar since June 5, 2017, and said that the State of Qatar was subjected to an unjust blockade imposed by neighboring countries under false pretexts, through fabrications and electronic piracy, and through the misuse of modern technology.

His Excellency added that as this crisis continues and the human rights violations of Qatari citizens and residents of Qatar increase, HE reiterated his call for closer cooperation and coordination in Eurasia on cybersecurity issues, including confidence-building measures in policy development and capacity-building initiatives, and the continued support for the initiative launched by HH the Amir Sheikh Tamim bin Hamad Al-Thani in the United Nations to organize and host an international conference on cybersecurity.

His Excellency also reviewed the importance of the meeting in Nur Sultan City, which includes representatives of peoples and their deputies in Eurasian countries, who met to look for the best ways in which they can make Eurasia a major continent and a prominent beacon in the field of sustainable development and take it to the future through dialogue and effective partnership based on trust.

His Excellency said that the importance of this meeting stems from its coincidence with the Silver Jubilee to launch the initiative of the Eurasian Week International Forum launched by the first President of the Republic of Kazakhstan, Nursultan Nazarbayev, in 1994.

His Excellency stressed that the participation of the Shura Council in this meeting comes within the framework of the efforts exerted by the State of Qatar to achieve Asian consensus and cooperation under Qatar chairmanship of the 2019 Asia Cooperation Dialogue and to strengthen international cooperation in the parliamentary field, within which Doha hosted the 140th meeting of the General Assembly of the Union Parliamentary and its accompanying meetings, during the period from April 6 to 10. His Excellency added that HH the Amir Sheikh Tamim bin Hamad Al-Thani delivered a comprehensive speech in the opening ceremony in which His Highness stressed that there is no justice without the rule of law, and that the security and the stability and prosperity is linked to the stability of other countries, and that education is the base of the renaissance of nations.

His Excellency added that although the Asian continent is full of growth, prosperity and integration, and despite the commitment of the members of this forum to achieve sustainable development, economic integration and trade liberalization in accordance with many regional and international treaties and conferences, there are many obstacles to become a unified economic entity, including the imbalance between the development components of this system, the increasing trend towards regionalism, the different economic systems in Asian countries and, above all, security threats and instability, due to some differences and disputes between some of the continent countries.

His Excellency also stressed that there are many issues that the region continues to suffer, including the core issue that has been going on for seven decades without a solution, which is the Palestinian issue and the continued suffering as a result of the Israeli occupation and aggression, Israel's failure to comply with international resolutions and its rejection of the two-state solution and the establishment of an independent State of Palestine on the 1967 borders with East Jerusalem as its capital.

His Excellency expressed his thanks and the members of the Shura Council in the State of Qatar who participated in the meeting to the Republic of Kazakhstan, President, parliament and people, and to HE Speaker of the Parliament of the Republic of Kazakhstan Nurlan Nigmatulin, for the kind invitation, good reception and the quality of preparation and organization of the meeting and its mixed parallel activities.

He also expressed his thanks to HE Speaker of the National Assembly of the Republic of Korea Chairman of the session Moon Hee-sang, and HE Speaker of the State Duma of the Russian Federation Vyacheslav Volodin, for their efforts, for having launched important initiatives and for making all possible efforts to achieve cooperation between the peoples and countries of the region through parliamentary cooperation.

His excellency also wished the meeting success in coming up with resolutions to address the root problems.