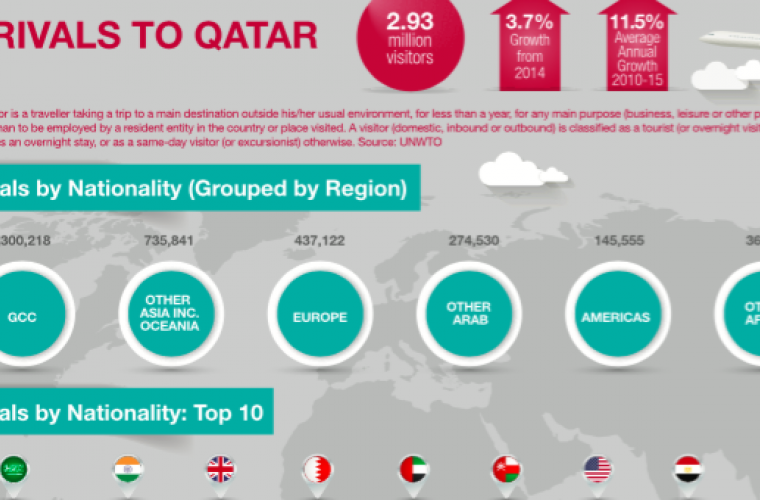 Qatar received 2.93 million visitors during 2015, marking a 3.7% growth from 2014, according to Qatar Tourism Authority’s (QTA) Annual Tourism Performance Report 2015, which was released today.

The report shows that despite global developments which have adversely affected travel patterns, Qatar has shown resilience as a burgeoning tourist destination, with growing arrival figures and steady hotel occupancy rates. 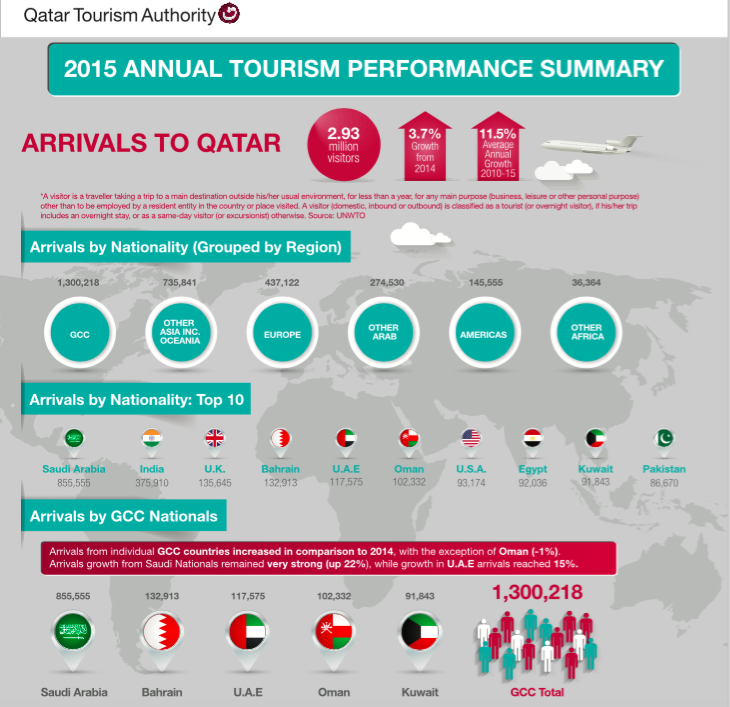 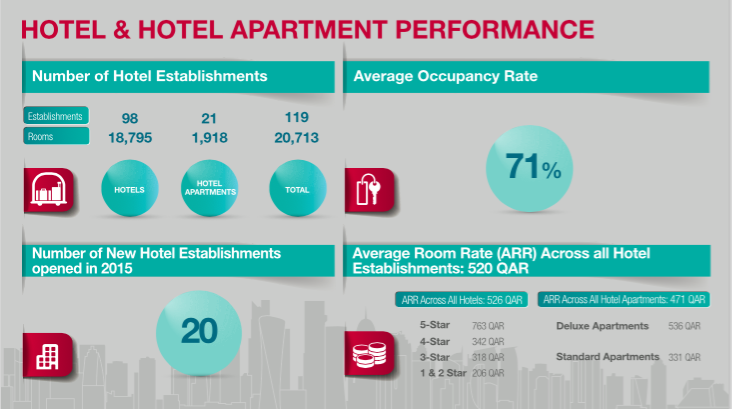 According to the report, Qatar welcomed 72% more visitors in 2015 than it did in 2010, representing an average annual growth rate of 11.5% over the past five years.

Looking at arrivals by nationality - grouped by region - visits by GCC nationals increased by 16% in 2015 from 2014. Increases were also registered in arrivals of nationals from non-Arab African countries (+5%), Europe (+4%), and the Americas (+1%).

The data shows drops in the number of arrivals of nationals from Other Arab countries (-14%) and Other Asian countries, including Oceania (-6%).

Qatar saw an increase in the number of Chinese visitors (+15%) and French visitors (+9%), while arrivals of nationals of other primary markets either remained stable or dropped.

During 2015, 15 new hotel properties opened in Qatar and began reporting statistics to QTA, increasing the supply of rooms by 30% (5,000 rooms) and bringing the country’s total accommodation offering to over 20,000 hotel and hotel apartment rooms. Toward the end of the year an additional five properties opened their doors (1,046 rooms) and will begin reporting performance in 2016.

The 5-star accommodation segment remains the largest, with close to 8,900 rooms across 39 properties. Despite the substantial increase in supply, overall occupancy rates remained above 70%.

As Qatar prepares for major events, such as the 2022 FIFA World Cup, room supply is set to more than double with 56 hotels and 13 hotel apartment buildings planned for the next five years, bringing with them an additional estimated 26,650 rooms to the market. Of these, 20 properties are due to open in 2016, increasing room supply by 4,000.

Here's a list of hotel properties that have opened in 2015.

Properties that were open long enough to report data by the end of 2015:

Properties that opened later in the year and will start reporting in 2016: