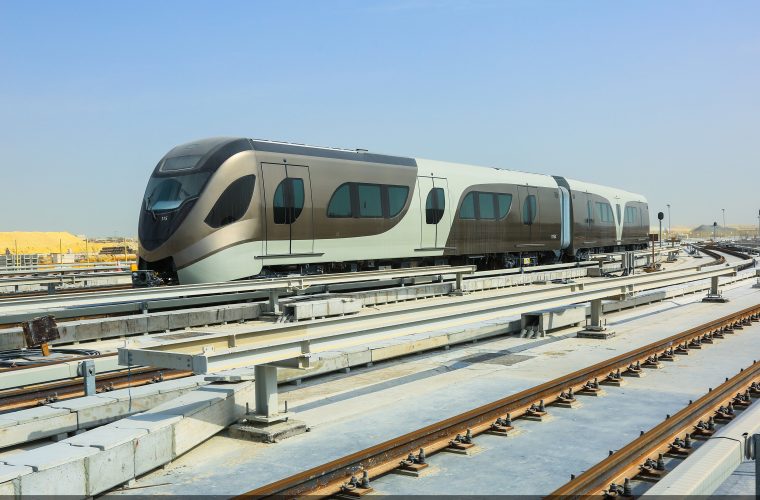 As reported last Wednesday, the Doha Metro project will be up and running by 2020 -- after almost a decade of preparation. With nearly three quarters of the train system finished, Qatar Rail recently posted a video on YouTube featuring the many years of hard work that the government and workforce have put in to reach their current milestone. Presented through time lapse technique, the 5-minute video also highlighted Qatar's resolve and firm stand as a nation against the unjust and illegal blockade imposed by the Saudi-led bloc on June 5 of last year.

Qatar, compared to the blockading countries -- both in size and population -- is a small piece of peninsula which received its independence on September 3, 1971. While its Gulf neighbours seemed to be fond of Qatar's company and even cheering for its achievement of being the first country from the Gulf Cooperation Council (GCC) to win the bid to host the FIFA World Cup. That was up until June 5, 2017, when Saudi Arabia, Bahrain, the UAE, and Egypt announced they were cutting ties with our nation.

The quartet cited Qatar's alleged support for terrorism as the main reason for their actions, insisting that it had violated a 2014 agreement with the members of the GCC -- claims strongly denied by the accused. The severing of relations also included withdrawing ambassadors and imposing trade and travel bans.

The unprecedented turn of events has been closely monitored ever since, with global media outlets wondering how the setback of the blockade will affect Qatar in the long-term, and how the Qatari government would respond to the allegations being thrown at it. Now, seven months have passed, and contrary to what was first predicted, Qatar has come out stronger than ever -- with the World Cup still in place and the Doha Metro train system on the verge of completion.

"I think they underestimated the Qatari people," were the exact words of HH Sheikh Tamim Bin Hamad Al-Thani. "I am so proud of the people. We're proud of our history. Nothing is going to be above our dignity, our sovereignty."

Just like Qatar as a whole, Qatar Rail's surge to actuality was unfazed by the blockade. After a well-received media tour last week which was attended by the Prime Minister and Interior Minister HE Sheikh Abdullah bin Nasser bin Khalifa Al Thani, the railway firm made public even more enticing features of the Doha Metro project. The long list includes digital media and signage, integrated journey planning, self-service machine ticketing, intelligent air-conditioning, and full WiFi coverage across the entire network.

The journey for football fans from across the world to Qatar for the 2022 FIFA World Cup will be a convenient one once the trains come to life, with Doha’s central location making it easily accessible and the compact hosting plan means that fans can comfortably watch more than one match a day. When completed, there will be 37 stations and three lines (Red, Green, Gold) which will be connected to Msheireb -- the largest station.

The road to 2022 is still a long way to go despite these recent developments, but the government-owned railway firm has affirmed it will face each new challenge with the same resolve, working to turn the vision of HH Sheikh Tamim Bin Hamad Al-Thani into reality.

Qatar Rail is currently one of the biggest rail projects in the world -- not only servicing the Doha Metro area, but also introducing long distance travel to the country.

What do you think of these latest developments? Are you looking forward to riding the new Metro in a few years' time? Drop us a line in the comments below and let us know! Also, don’t forget to like and share this article!