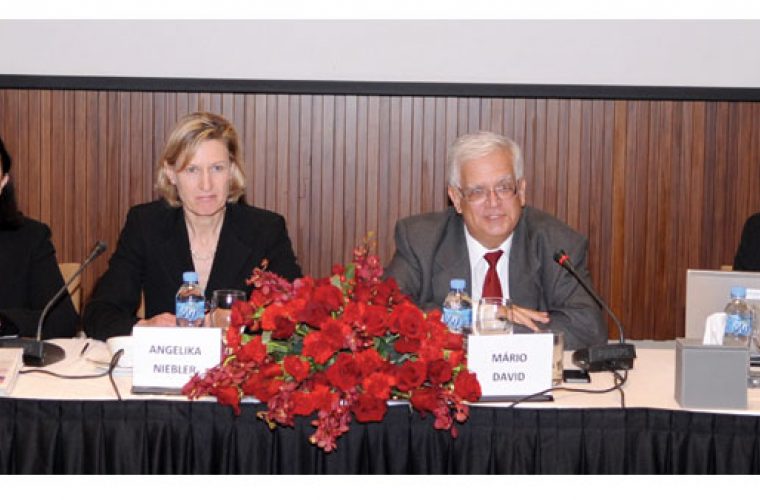 Qatar plans to transform the sponsorship system by effecting significant changes to the rules that govern the employee-employer relationship in the country, a visiting European Parliament delegation yesterday quoted local officials as saying.

The European Parliament’s standing delegation for relations with the Arab peninsula and the ad hoc delegation on the situation of migrant workers, composed of the members of the Committee on Foreign Affairs and the Sub Committee on Human Rights, are currently on a three-day visit to Qatar.

Addressing mediapersons, representatives of the delegation said that Qatari authorities have informed them of a “planned significant transformation of the Kafala system” and a law for the protection of domestic workers, which is now under preparation.

He pointed out that he discussed the situation of migrant workers with the Prime Minister HE Sheikh Abdullah bin Nasser bin Khalifa al-Thani and also met HE Mohamed bin Mubarak al-Khulaifi, speaker of the Advisory Council, representatives of the government as well as the Supreme Committee in charge of World Cup 2022 preparations, and members of the civil society.

David said: “The delegation was informed that there will be a deep and comprehensive revision of the sponsorship system in the country. The government is seriously thinking on this issue and we hope that it will take place sooner than later as migrant workers constitute 96% of the workforce in the country.”

The delegation has urged Qatar to make use of the opportunity to abolish the current exit visa procedure, to create transparent mechanisms to change employers without penalties, and to give serious consideration to alternatives which would allow for the replacement of the sponsorship system as a whole.

Commenting on the steps taken by the government to improve the lot of expatriate workers, David said the delegation was encouraged by several reforms announced by the Qatari authorities.

“The delegation welcomes the assurances by the Qatari authorities regarding measures aiming at raising awareness amongst migrant workers of their rights, the planned construction of new accommodation centres with appropriate facilities, and the efforts to establish effective monitoring mechanisms.”

However, the delegation stressed the importance of effective implementation of the existing legislation aimed at protecting migrant workers. It called for establishing a credible timetable for the planned reforms and ensuring that they are guaranteed via benchmarks.

The ad hoc delegation’s chairman expressed the hope that the new law on domestic workers will be in effect soon. “ The delegation supports the recommendation of the UN Special Rapporteur to Qatar to ratify the ILO Conventions 87 and 98 on freedom of association, the right to organise and collective bargaining, as well as the ILO Convention 189 on domestic workers,” he added.