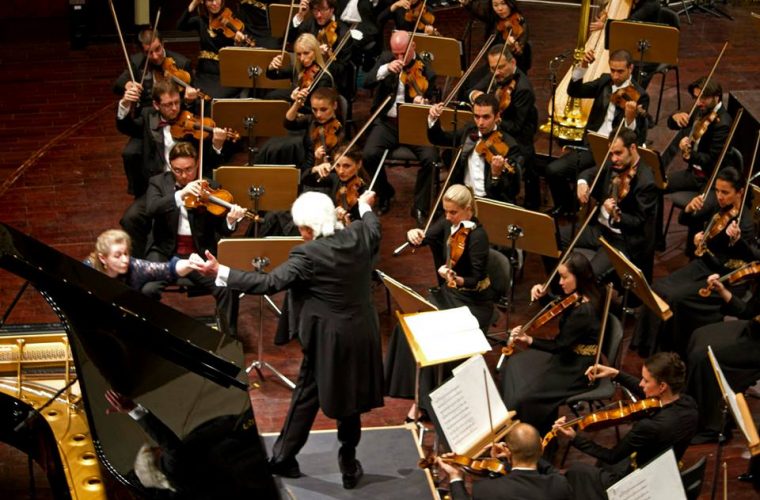 In yet another first for Doha audience, Qatar Philharmonic Orchestra performed Richard Strauss’ Symphonia Domestica on Saturday at Katara Opera House to an applauding audience as a fitting start to the 2018/2019 concert season.

It was the first time for Strauss’ symphonic masterpiece, which he dedicated to his family, to be played in an Arab country, says Kurt Meister, Executive Director of Qatar Philharmonic. “Symphonia Domestica has been performed in Europe and America, but never in Arab countries. It’s an important piece to start the season,” Meister told The Peninsula.

Qatar Philharmonic’s final concert for the previous season was a sold-out and acclained show which featured compositions by Wolfgang Amadeus Mozart, Edvard Grieg and Aram Khachaturian. It was important, therefore, to follow it in similar vein with an opening performance of massive compositions for the opening concert which people had looked forward to, said Meister, adding Symphonia Domestica was a compostion that required a huge orchestra .

A tone poem in six interlaced movements, Symphonia Domestica is a symphonic piece which Strauss said “reflects a day in my family life.”

With a long flourishing life and precocious talent, Strauss commands an entire century of music and has an exceptional place in the world of opera.

“Richard Strauss was one of the most important composers of the 20th century. He composed a lot of symphonies and operas which are performed around the world,” Meister said.

Another highlight of the concert was Mozart’s Symphony No. 41, the last symphony he composed which also became known as Jupiter Symphony for its grandiose, majestic and Olympian quality.

Born in Salzburg, Austria, Mozart was a very young musical prodigy who began composing music at age 11. Though his illustrious career was cut short by his sudden death at age 35, he left some 600 compositions which included operas, sonatas, chamber music, symphonies and pianistic and religious pieces enjoyed around the world till now.

Qatar Philharmonic performed under the baton of Stephanos Tsialis, who is currently the chief conductor and artistic director of Athens State Orchestra.

The concert was a prelude to more exciting shows in store for music aficionados during the 2018/19 season packed with both old favourites as well as contemporary music pieces. During the season, Qatar Philharmonic will be playing favourites such as Bruckner’s Eighth Symphony, Mendelssohn’s Violin Concerto, Rachmaninoff’s Third Symphony and Berlioz’s Symphonie Fantastique.