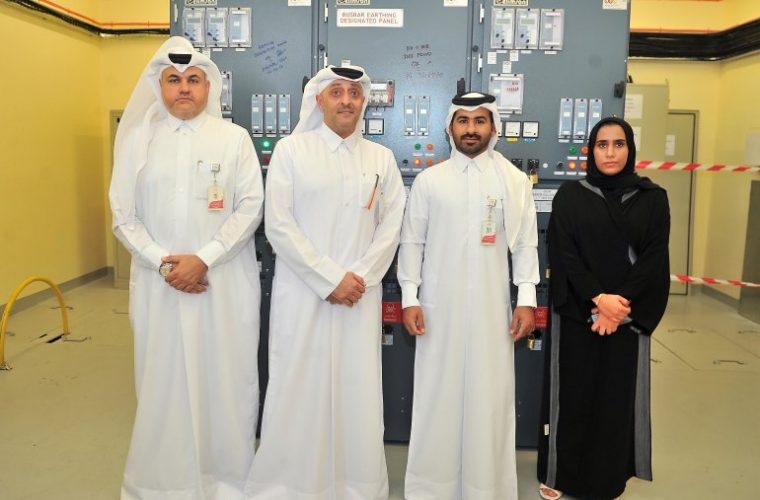 “The new substation is connected to the main control room of Kahramaa enabling it to be monitored and shutdown within a minute in case of emergency like fire without any human intervention,” said Mee Al Nasr, First Engineer, Electrical Networks Analysis at Kahramaa.

Al Nasr was speaking with media persons on the sidelines of the inauguration held at the facility.

“The new substation is part of total 31 substations which will supply electricity to vital areas of the country including venues of 2022 FIFA World Cup,” said Al Nasr adding that all substations were expected to be completed by fourth quarter (Q4) of next year.

She said that the smart substation, first-of-its-kind in Qatar, was designed, implemented and operated by Qatari engineers only without taking any type of help from foreign contractors.

“New substations are being developed according to the international standards which do not require workforce for operation inside the facility,” said Al Nasr.

She said that the smart substations will be operated by a team of specialist technicians and Qatari workforce from the control room of Kahramaa which will issue command to shutdown the station in 60 seconds in case of emergency.

She said that other smart substations which are under planing and construction will supply electricity to Katara Cultural Village, hospitals, government buildings and housing units across the country.

But the good feature of the unmanned power substation is that it will reduce workforce as it doesn't demand any operator inside the facility.”

What do you think of this new innovative substation in Qatar? How do you think this will effect electricity supply within the country? Do let us kow what you think. Like and share the article - it keeps us going!