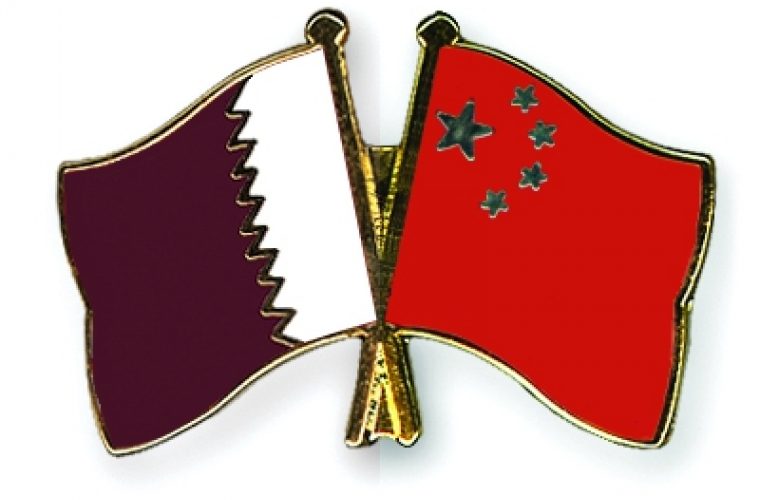 Under the patronage of its Chairperson, Her Excellency Sheikha Al Mayassabint Hamad bin Khalifa Al Thani, Qatar Museums (QM) announces the outline programmefor the Qatar China2016 Year of Culture, following the huge success of the QatarTurkey 2015 Year of Culture.

The Qatar Turkey 2015 Year of Culture, which will draw to a close at the end of the month, celebrated the relations between the State of Qatar and the Republic of Turkey through cultural partnerships between Qatari and Turkish organisations, institutions and individuals. A rich programme explored the contemporary and traditional cultures of both countries, and included exhibitions, festivals, performances, educational programmes and cultural exchanges for all to enjoy.

As part of the Qatar China 2016 Year of Culture, two major exhibitions will be held in Qatar in addition to a supporting programme of cultural events throughout the year. “What About the Art? Contemporary Art from China”, an exhibition from 15 contemporary Chinese artists curated by internationally acclaimed New York based Chinese artist Cai Guo-Qiang, will be on view at the QM Gallery Al Riwaq in Spring 2016. And “Silks from the Silk Road” will also be on view at the QM Gallery Katara in the Spring. In China, one of the most significant moments of the Year of Culture will centre around the latest edition of the exhibition “Pearls.” Previously exhibited in London and Istanbul, the exhibition will travel to Beijing later in the year.

“Culture is one of the most effective tools for bringing people closer together, encouraging dialogue, and deepening understanding between nations. These reasons help explain why Qatar first launched the Year of Culture programme in 2012 with the huge success of Qatar Japan. We’re delighted to launch the fifth Year of Culture with China, a country with which we enjoy an excellent relationship. Both Qatar and China have strong cultural identities and we are each proud of our history, heritage and traditions. Building on our shared values and outlook will help to build even closer cooperation and partnership between us in ways that extend beyond culture. Previous Years of Culture have set a strong benchmark for success, and we look forward to celebrating our growing relationship through widespread participation and engagement in both our countries in the coming year.”

“The Qatar China 2016 Year of Culture will connect cultures and promote mutual understanding. It will celebrate and explore common values between each of our cultures, breaking down barriers and opening minds. The partnership will further demonstrate that Qatar is a cultural destination which is open to the world. We hope that the coming year will bring a taste of China’s culture to Qatar, and take our heritage, art and traditions to the world.”

The exhibition “What About the Art? Contemporary Art from China” will be the major highlight presented in the context of the Qatar China 2016 Year of Culture. After his solo exhibition held at Mathaf in 2011, artist Cai Guo-Qiang returns to Qatar, this time as a curator, to present an exhibition featuring 15 contemporary Chinese artists and collectives working in a variety of media. Artworks exemplifying each and every artist’s unique artistic language and methodology will be displayed in individual galleries, a curatorial approach further highlighting the distinctive creative pursuit of each individual participant.

Critical reception of contemporary Chinese art has largely been grounded in narratives of Chinese history and culture, focusing on the art market and the artworks’ sociopolitical context. In response to this phenomenon, Cai Guo-Qiang has decided to display a selection of artworks being created by Chinese artists today, with the goal of underlining the individual pursuit of creativity within contemporary Chinese art, and further to re-direct the world’s attention to art and practice. The curator hopes to provide visitors with a powerful and immersive experience, and through a shared appreciation of art, establish a stronger relationship between Qatar and China. This exhibition is supported by China National Arts Fund, Beijing Municipal Bureau of Culture, and Shanghai International Culture Association.

The second major exhibition of the Qatar China 2016 Year of Culture, “Silks from the Silk Road”, presents silk as a theme, and as a special local product of Zhejiang that played an important role in the trade along the Silk Road. The exhibition highlights ancient and modern Chinese silk works, with around 100 pieces due to be showcased at the QM Gallery in Katara in total. The exhibition aims to map out the history of silk and its cultural significance over thousands of years, and allows visitors to experience the charm of contemporary Chinese silk.

H.E. Mr. Li Chen, Ambassador of the People’s Republic of China to the State of Qatar, said:

“China Qatar 2016 Year of Culture is a grand celebration of culture and arts, reflecting the close relationship and spirit of collaboration between our countries, as envisioned by our leaders. Our relationship with Qatar is of huge significance to us and we are proud to be hosting the 2016 Year of Culture. We share much in common – including the importance we attach to our respective histories, traditions and cultures, particularly as our countries grow and develop. I’m confident the Year of Culture initiative will help to build even stronger ties between us and is the perfect bridge to enable our citizens to gain an even greater appreciation for each other.”

The bilateral years of culture were started under the guidance of HE Sheikha Al Mayassa bint Hamad bin Khalifa Al Thani in 2012. Designed to take Qatar to the world and bring the world to Qatar, the Year of Culture programme is a landmark initiative developed to deepen understanding between nations and their people through mutual exchanges of arts, culture, heritage and sport. Since it began, the Qatar Year of Culture programme has included Qatar Japan 2012, Qatar UK 2013, Qatar Brazil 2014, Qatar Turkey 2015 and now Qatar China 2016. Many events have attracted significant engagement from the public, with 28,000 people attending the Brazil Festival in Doha in 2014, and 40,000 the Turkey Festival in Doha in 2015.

As part of the Qatar China 2016 Year of Culture, a range of activities and events have also been planned for all to enjoy in both countries, including a Chinese Movie Week and an open-air Chinese Festival featuring music, performance, crafts and food from different regions of China. A programme of several other events will be announced throughout the year.