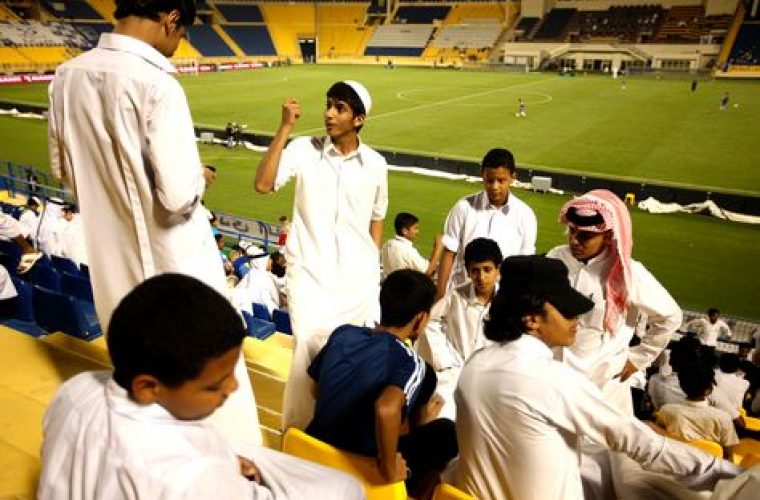 Qatar’s sports minister said the Gulf state is looking to develop "creative" solutions to balance its conservative local customs with FIFA’s demand for the sale of alcohol when it hosts the FIFA World Cup in 2022, it was reported this week.

"In the hotels and many areas we have alcohol but we have also our own system that people need to respect," Qatar's Sports Minister Salah bin Ghanem bin Nasser Al Ali said in an interview with the Associated Press.

Alcohol is only sold in select hotel bars in Qatar and guests must show their passports upon entry. Residents can also, if they obtain a licence, buy alcohol from a government-managed store in Doha.

In the run up to the previous World Cup in Brazil, the South American country tried to ban alcohol sales in stadiums during the tournament but this was overruled by FIFA.

One of FIFA’s biggest sponsors is American drinks giant Anheuser-Busch and Budweiser was the "Official Beer of the FIFA World Cup" at the Brazil event.

Qatar has moved to clampdown on alcohols sales in the country in recent years. In December 2011 alcohol was suddenly banned on The Pearl development, a few months after several restaurants opened for business. Twelve of the 15 eateries served alcohol but were forced to immediately stop.

Several outlets, included famed British chef Gordon Ramsey’s Maze, closed down a short time later, claiming revenues had declined so significantly they were losing money. The number of visitors to The Pearl has significantly declined since the alcohol ban but management has refused to back down.

FIFA secretary general Jerome Valcke in January 2012 said alcohol is a non-negotiable aspect of the World Cup and the right to sell it must be enshrined in a law.

“Alcoholic drinks are part of the FIFA World Cup, so we're going to have them. Excuse me if I sound a bit arrogant but that's something we won't negotiate,” Valcke said ahead of the Brazilian World Cup.

“The fact that we have the right to sell beer has to be a part of the law,” he added.

The sale of alcohol is strictly monitored in five of the Gulf states with Saudi Arabia and Kuwait operating outright bans on the sale and consumption of liquor.

The move to offer alcohol licenses to outlets and non-Muslims is largely a nod to the region’s expatriate workers, who vastly outnumber the local population. But the decision has been met with criticism from some citizens who oppose the sale of liquor in Muslim countries.