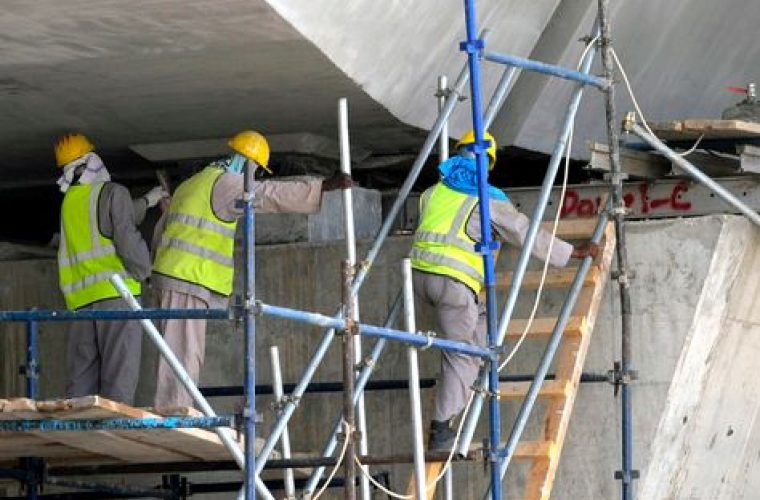 Qatari authorities should implement labour reforms to protect migrant workers from serious human rights abuses as proposed reforms in 2014 are a welcome step but need to go further, Human Rights Watch said in a new report.

The international rights group said in its World Report 2015 that labour reforms proposed in response to mounting international pressure over serious rights abuses in its construction sector will only partially improve the situation.

The report said they would partially reform Qatar’s sponsorship-based kafala system, increase fines for passport confiscation, and make it easier for workers to receive exit visas to leave the country, adding that reforms based solely on these proposals will not adequately protect migrant workers from human trafficking and forced labour.

“Qatar has recognised that reform is necessary and has promised to take some steps in the right direction,” said Sarah Leah Whitson, Middle East and North Africa director.

“At a time when Qatar’s detractors are seeking to strip the country of the 2022 World Cup, Qatar’s best defence would be to pass meaningful legislative reforms that end the sponsorship system, punish abusive employers, and end worker-paid recruitment fees once and for all.”

In May 2014, a Ministry of Interior news release announced a series of proposals on labour reform, including allowing workers to change employers at the end of their contracts without the consent of their existing employer.

The report said: "If this is complemented by a provision that allows workers to change employers before the end of their contract in cases of abuse, it would be a significant step forward. A proposal to increase five-fold the sanction for passport confiscation would have an important deterrent effect if complemented by a stated intention to rigorously enforce the law."

“Domestic workers are isolated in private homes and often at especially high risk of abuse,” Whitson said. “Qatar should not limit its reforms to the construction sector, but extend labour law protection to domestic workers and ensure that changes to the kafala system apply to them too.”