Qatar keen to provide humanitarian and development assistance with UN 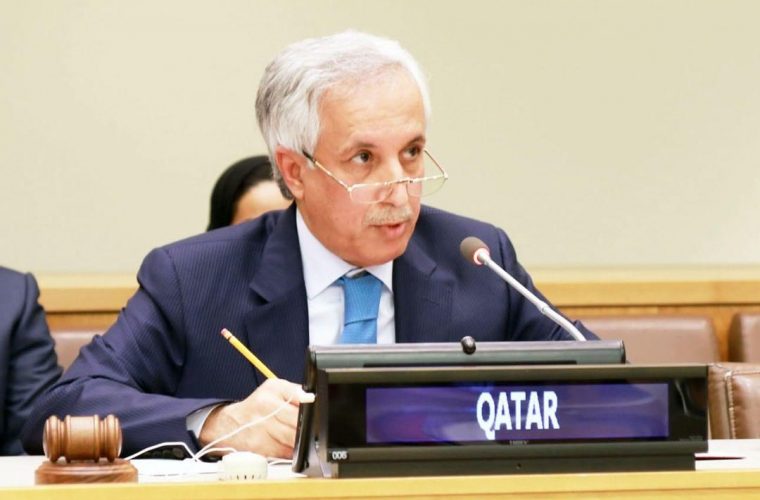 The State of Qatar stressed that in line with its foreign policy based on the principle of cooperation and partnership to face common challenges, and under the guidance of H.H. the Amir Sheikh Tamim bin Hamad Al-Thani, it is keen to provide humanitarian and development assistance, cooperation and coordination with the United Nations as an international umbrella.

This came in a statement delivered by H.E. Minister of State for Foreign Affairs Sultan bin Saad Al Muraikhi, at the 43rd Ministerial Meeting of the Foreign Ministers of the Group of 77 held on the sidelines of the 74th session of the UN General Assembly in New York.

H.E. Al Muraikhi said that the State of Qatar announced during the Doha Forum 2018 a multi-year and unearmarked support of core resources to fund a number of UN entities of USD 500 million, which will benefit the implementation of the 2030 Agenda for Sustainable Development, in addition to a multi-year contribution of USD 20 million has been allocated to support UNDP accelerator labs network to achieve Sustainable Development Goals.

H.E. the Minister pointed out that during the Climate Action Summit held on 23 September, H.H. the Amir announced the State of Qatar's contribution of USD 100 million to support small island developing states and least developed countries to address climate change and environmental challenges.

H.E. Al Muraikhi noted that in 2021, the State of Qatar will host the Fifth United Nations Conference on the Least Developed Countries.

During the 73rd session of the General Assembly, the State of Qatar, along with New Zealand, had facilitated open consultations on the organizational arrangements for the high-level meeting of the General Assembly to commemorate the 25th anniversary of the Fourth World Conference on Women, H.E. the Minister added.

His Excellency reiterated the State of Qatar's affirmation of the principle of the permanent sovereignty of peoples under foreign occupation over its natural resources, the inalienable rights of the Palestinian people and the population of the occupied Syrian Golan, and the right to self-determination, so as to enjoy stability, prosperity and development as the inherent right of all peoples.

H.E. Al Muraikhi pointed out that the State of Qatar is always keen to abide by the principles and purposes of the Charter of the United Nations and international law, which emphasizes respect for the national sovereignty of States and non-interference in their internal affairs. He pointed out that the State Qatar will not hesitate to support the just causes of the countries of the Group, and therefore categorically reject attempts to disrupt its global active role under false pretenses, which are exposed to the international community.

H.E. the Minister of State for Foreign Affairs stressed that the ongoing unjust blockade against the State of Qatar contradicts the objectives and principles of the Group, also, it has grave consequences, undermines international efforts to establish international security, and creates precedents that violate the sovereignty of states and international norms.

H.E. Al Muraikhi expressed pride in the great achievements of the Group of 77 in promoting the interests of developing countries. He reiterated Qatar's support for the Group's efforts to enhance cooperation and coordination in the interest of all of the members.

H.E. the Minister pointed out that despite the progress made by the Group throughout its history, there are still many challenges facing developing countries that require continued efforts to strengthen the Group's unity, and adhering to its values based on the principle of solidarity, cooperation and respect for international law, as well as translating the aspirations of the 2030 Agenda for Sustainable Development into reality.

H.E. Minister of State for Foreign Affairs Sultan bin Saad Al Muraikhi concluded by stressing the State of Qatar's continued commitment to cooperation and partnership within the framework of the Group of 77 and the creation of a stable international environment that contributes to the promotion of international peace and security.