Qatar is proud of Beijing's Olympics 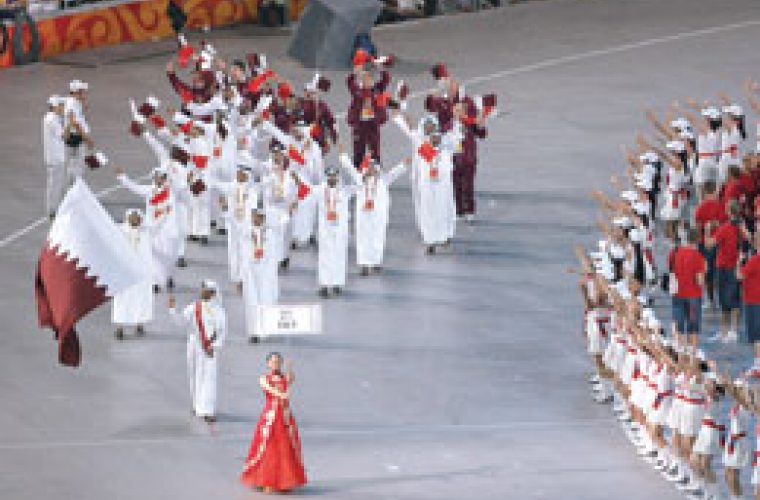 As spectators in Beijing's National Stadium watched a dazzling opening ceremony for the 29th Olympic Games, people in Doha were equally mesmerised following the show on their television screens. Needless to say, they were impressed and the event is likely to be the talk of the town today. "The opening ceremony was great. I liked it so much. It showed a mixture of high technology and Chinese history. China has proved that it is one of the most developed countries in the world," said Tamer Abdul Gawad, Senior Accountant with the Alfardan Group. He was awestruck by the lighting of the Olympic flame. "It was a very creative idea," he said. Basing his judgement on the well-received opening ceremony, he expressed the view that the Beijing Olympics would be very successful. Noly Millare, a sports buff, said the three-and-a-half-hour extravaganza was a breathtaking presentation and he swelled with pride when the Philippine contingent marched past with boxing legend Manny Pacquiao carrying the national flag. "The Chinese have established their competitiveness not only in sports but also in creativity," said Melchor Edward Alilam. He found the lighting of the flame the most impressive part of the ceremony; he said it looked very much like the way the Chinese are featured in films. Clearly, he was impressed by the way Chinese gold medal winning gymnast Li Ning lit the flame after being hoisted high above the stadium on wires to officially get the Games underway. The stadium, also known as "Bird's Nest" because of its design, will now be known for hosting an event that has etched its mark in the history of the world's most popular sporting event. Another impressed Doha resident commended the venue. Gregorio Sasota, an employee of the National Industrial Contracting Company, said: "The architectural design of the stadium was very good. The fireworks were breathtaking, which was expected because China is known for that." However, he said the sequence in which athletes from the participating countries marched into the stadium confused viewers since, to him, it seemed to have no particular order. The record number of 204 contingents paraded through the stadium not in the traditional alphabetical order but in a sequence based on the number of strokes it takes to write each country's name in Chinese. The opening ceremony was attended by 91,000 people, along with 80 world leaders, including US President George W Bush and Russian Prime Minister Vladimir Putin. With 35,000 fireworks lighting up the sky as 10,000 artistes put on a breathtaking performance, the Beijing Olympics opening ceremony truly stunned around four billion viewers all over the world. The Pen & GT