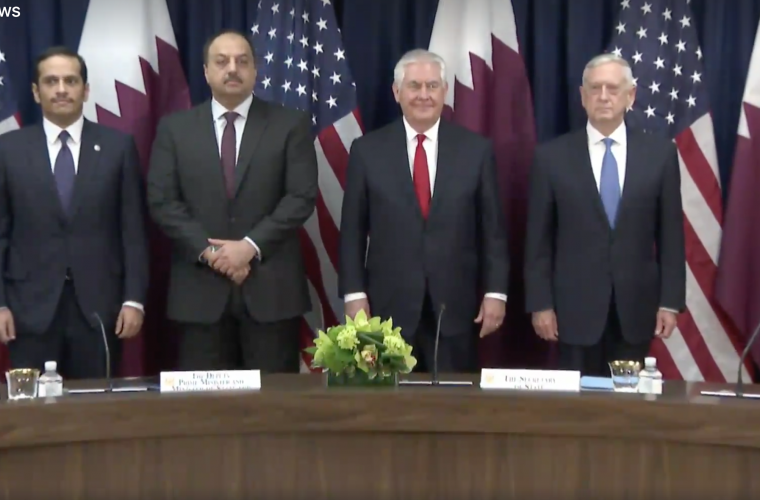 While the ongoing Gulf Crisis and endeavours towards its swift resolution were foremost on the agenda, several important Memorandums of Understanding were also signed between the two nations, as important areas of cooperation ranged from trade and investment, to security, counter-terrorism, energy, and aviation.

Here are some of the most important outcomes of this evening’s live-stream from Washington:

The GCC Crisis and Counter-Terrorism

Secretary Tillerson: #Qatar is a strong partner and a long-time friend of the United States. We value the U.S.-Qatar relationship. In today's sessions, we will discuss important areas of cooperation, including trade and investment, security, counterterrorism, energy and aviation. pic.twitter.com/WrY9R6UDIF
— Department of State (@StateDept) January 30, 2018

The Strategic Dialogue session comes shortly after a January 15, 2018 phone call between U.S. President Donald J. Trump, and HH the Emir, Sheikh Tamim bin Hamad Al Thani in which the two parties discussed ways of strengthening their partnership to ‘bring more stability to the region and to defeat terrorism.’

Qatar was one of a few nations to move forward on a bilateral Memorandum of Understanding with the U.S. to counter terrorism and extremism.

What are your thoughts on these breaking developments? Tell us in the comments below and don’t forget to like and share this article.