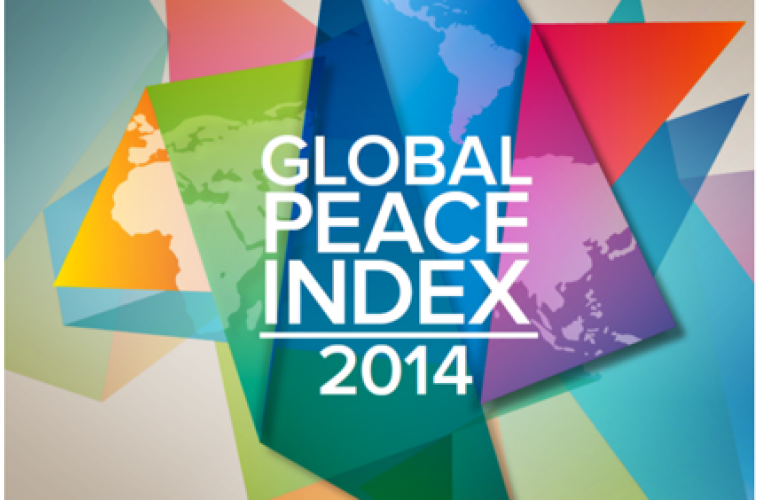 A global think tank has placed Qatar among the top list of most peaceful countries in the world.

After conducting surveys in 162 countries, the Institute of Economics and Peace (IEP) has ranked Qatar in the Top-Tier of its “Global Peace Index 2014”. Qatar is the only country from the region to find a place in Top Tier slot.

Based on the state of peace in each country, the global index has classified the countries into six categories — Very high, High, Medium, Low, Very low and Not Included. Twenty-eight countries have been ranked in the top tier of ‘Very high’ category.

Qatar has been placed 22nd in this Tier-1 category, with score higher than Poland, Mauritius, Singapore, Croatia, Spain and Taiwan which also fall under the ‘Very high’ category.

Qatar is just below countries like Hungary, the Netherlands, Slovakia, Portugal and Germany.

Iceland tops the ‘Very high’ list with a score of 1.189. Qatar’s score band is 1.491, not much below Germany’s 1.423. “Qatar has consistently topped the regional rankings in the Global Peace Index since 2009, a testament to the ability of successive leaders to ensure prolonged domestic stability,” the GPI noted in its individual country analysis on Qatar.

“The refreshing of the political leadership has helped ensure that Qatar remains largely unaffected by the social unrest that has gripped parts of the region since early 2011…”, the report said.

The most peaceful region continues to be Europe while the least peaceful region is South Asia. Afghanistan has been replaced at the bottom of the index by Syria due to a slight improvement in its peace, combined with further deterioration of the situation in Syria. South Sudan experienced the largest drop in the index this year, falling from 145th to 160th and ranking as the third least peaceful country. Major deterioration also occurred in Egypt, Ukraine and Central African Republic. The report noted the global economic impact of violence is $9.8trn or 11.3 percent of global GDP. Compared to estimates for 2012, this represents an increase of $179bn or a 3.8 percent rise in violence containment costs globally.

Overall, the 2014 Global Peace Index score deteriorated slightly for the sixth year in a row continuing to record a gradual slide in global peacefulness since 2008.

For 2014, five out of the nine geographical regions experienced an improvement in peace and among those that became less peaceful, substantial changes in the index were only seen in two: sub-Saharan Africa and the Middle East and North Africa (Mena). 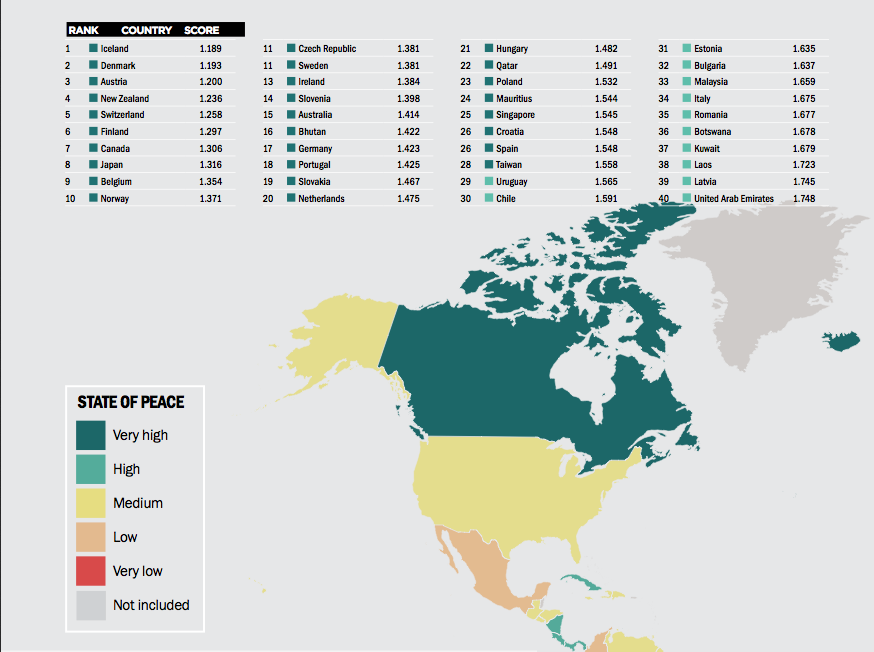 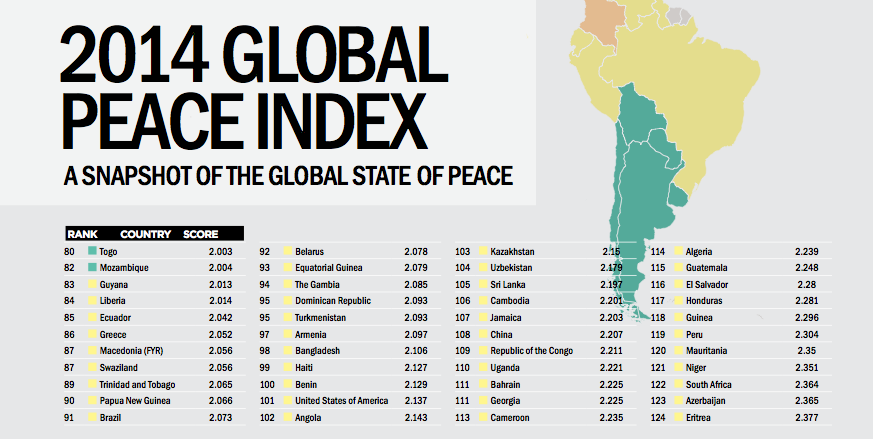