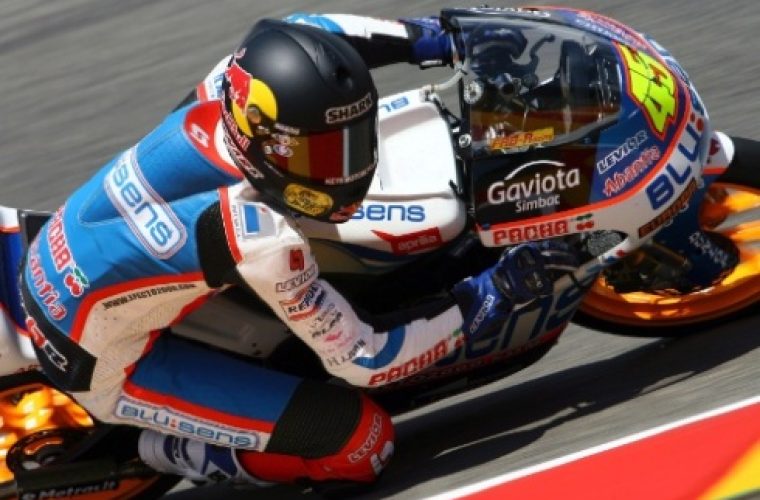 RedBull sponsored rider Scott Redding, the youngest ever winner of a Moto Grand Prix motorcycle race, is looking to make a winning start to the 2010 season at the Qatar GP tonight. Scott made the history books aged only 15 in 2008 when he won the 125cc class at the Qatar GP at his maiden race, breaking the lap record in the process. He remains the holder of the fastest lap in this class at the Losail International Circuit and went on to win the British GP and be named Rookie of the Year. Now riding for the MarcVDS team, which was only established in November 2009, Redding commented on the challenges of the Qatar circuit. “Losail is a fantastic circuit to race on. The sandstorms have dirtied the surface of the track, which makes it difficult to race on, so a lot of skill is needed. As the opening race of the season, all us drivers are trying to make a break and show that we’re strong”, he said. “I have been in Qatar for 4 days and almost all the time has been spent testing and practicing. Yesterday I woke up at 10 am and got back to the hotel at 4 am. I like the country and the people are very nice. It is hot during the day but in the evening the weather is perfect”, he added. Redding’s manager, Roger Keys, commented that competition for the podium places will be fierce. “This is Scott’s favourite track and it is challenging because it is very variable to ride. This is an attraction and dissuasion. Riders have to treat it very carefully. “Tonight’s Moto2 grid will have 41 riders, including one from Qatar as a wild card. Scott has qualified 17th on the grid but he’s only 1.2 seconds off the lead. I think this shows how this track will produce a very close race in Moto2”, he said. Qatar’s Moto 2, a high-adrenaline night race held at the Losail International Circuit, is a highly anticipated qualifier and the first of the year’s Moto championships, with riders from across the globe vying for pole position. ILQ NEWS