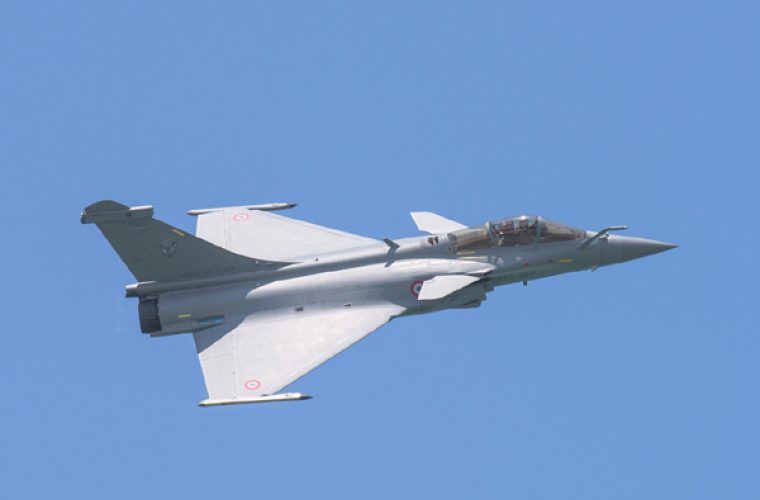 Qatar and France have finalised the deal for 24 Dassault Rafale fighter jets worth €6.7 billion ($7.5 billion) at the ongoing Doha International Maritime Defence Exhibition and Conference (Dimdex 2016) being held in Doha, Qatar.

The deal includes MBDA missiles, training for 36 pilots and about 100 mechanics, added the report by Defense News.

Qatar made a down payment, putting the contract in effect in December last year.

The deal was made previously for the same number of jets purchased by Egypt in 2014, but the Qatari deal is priced higher due to the provision of long-range cruise missiles as well as Meteor missiles, said the report.

Furthermore, Qatar also signed a total of 10 major deals worth QR3.54 billion ($972.14 million) at the event, according to another report by the Gulf Times.

The biggest deal signed was a QR2.6 billion ($714.04 million) memorandum of understanding (MoU) between the Qatar Emiri Naval Forces and European company MBDA for a coastal battery system, added the report.

It was followed by a MoU between the Qatar Emiri Air Force and Germany-based Reiner Stemme Utility Air-Systems for the production of drones, which amounted to QR365 million ($100.2 million).

HE the Minister of State for Defence Affairs Dr Khalid bin Mohamed al-Attiyah had said at the opening of Dimdex that the drone production project had reached an advanced stage.

Al-Attiyah said that a Qatari drone will been seen over Doha skies by next year.

Qatar Emiri Naval Forces signed a MoU worth QR95 million ($26.08 million) with the German company MTU Friedrichshafen for maintenance and overhaul of the MTU propulsion system; followed by a QR60 million ($16.4 million) deal between the Qatar Armed Forces and French company Thales for Searchmaster radar.

The Qatar Emiri Air Force signed a QR50 million ($13.7 million), three-year contract with the US company Lockheed Martin for the maintenance of C-130 military transport aircraft, whereas the Qatar Emiri Naval Forces entered into an agreement with Qatari company Nakilat for the training of navy officers.

Additionally, the Qatar Armed Forces signed a MoU with Polish company WKK, specialised in the manufacture of composite materials and fuselage production, for the purchase of 51 per cent of its shares. Yet another deal was inked by the Qatar Armed Forces with the Chinese National Precision Machinery Import and Export Corporation (Casic) for the provision of support in the fields of production and military co-operation between the drone project committee and Casic.