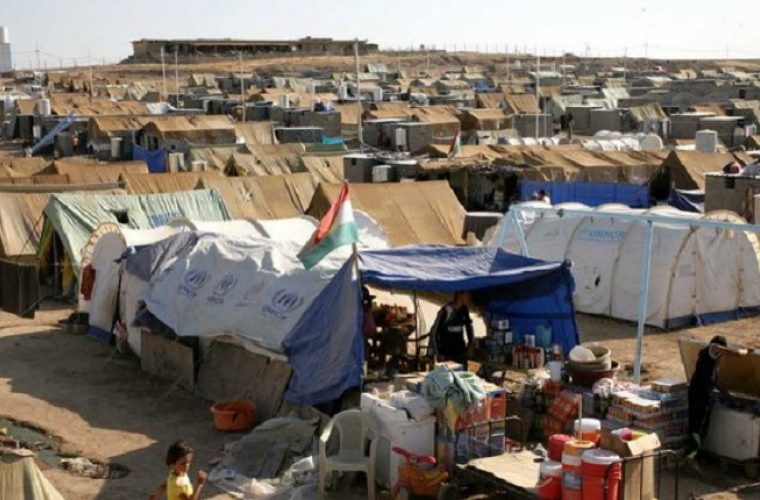 Since clothing is a critical need for refugee communities in addition to food and shelter, Qatar Foundation International (QFI) has joined its partners in Qatar and the US in an international clothing drive for Syrian refugee families. United Nations’ World Refugee Day was observed yesterday. More than 43.7mn refugees and internally-displaced people worldwide generate the need for community action. QFI has launched a drive that provides the opportunity to join a global community cause – collecting new or slightly-worn clothes from Doha and cities in the US that reach displaced families affected by the crisis in Syria.. From Doha and various cities across the US, QFI is working with its partners SocialFund.org, Mövenpick Hotel Doha and German Dental Centre to mobilise global citizens – young and old – to take part in a clothing drive for Syrian refugees and internally-displaced people. Working with independent schools in Doha, QFI has set up clothing drop-off points at Mövenpick Hotel Doha and German Dental Centre. Residents of Doha can contribute by giving culturally-appropriate, slightly-worn or unused clothing at either of these locations; the clothes will be transported to those in need in Syria. In the US, students from QFI partner schools in Washington, DC, Portland and Los Angeles have organised their own clothing drives within their schools and neighbourhoods. With QFI’s support and co-ordination, these clothes are shipped to Syrian refugee communities in various towns of Lebanon. “QFI’s community of students and partner organisations knows that it’s not enough to watch a disaster unfold, feel bad but do nothing. One Syrian student in Doha has organised videoconferences with his peers in US high schools and classrooms to discuss the situation in his country; many students in our community have collected clothing for the past year and packed and shipped it to refugee organisations themselves. It’s a network of people and caring that extends from Los Angeles to Doha. I am so proud to recognise and support them on World Refugee Day,” said Maggie Mitchell Salem, executive director of QFI. Source:Qatar Chronicle