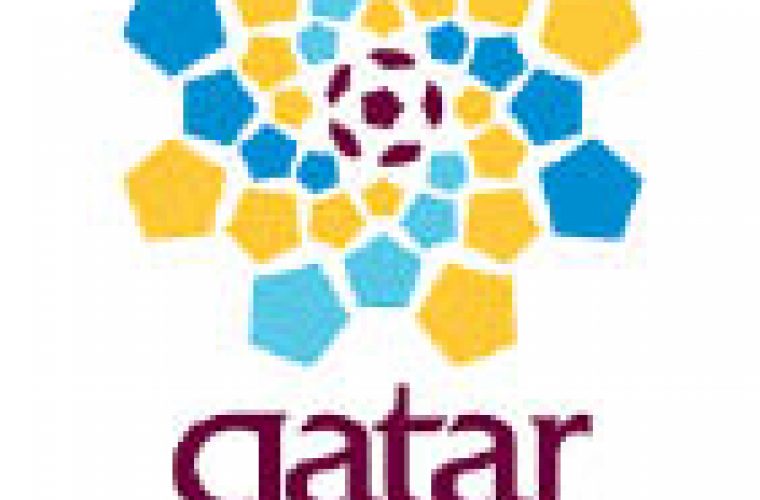 Qatar, bidding to host the first ever FIFA World Cup in the Middle East, yesterday unveiled its vision to unite the Arab world and promote better understanding of the region globally through the world’s biggest sports event. Describing Qatar as “a true sportsman”, ahead of the launch of the bid’s logo (pictured) in front of a 50,000-strong crowd at the Khalifa National Stadium in Doha for the Emir Cup final, Sheikh Mohammed bin Hamad bin Khalifa Al Thani, President of Qatar 2022, said: “Qatar 2022 is a bid on behalf of the whole region. The first global sports event in the Middle East provides an opportunity for greater understanding and unity between the Arab and Western worlds and can inspire enthusiastic support from football fans young and old across the entire region.” With the world’s fastest-growing economy, highest per capita GDP and experience as host of the 2006 Asian Games, Qatar plans to host the most state-of-the-art, financially robust and hospitable FIFA World Cup in history. Hassan Al Thawadi, CEO of Qatar 2022, said: “We are serious about winning the right to host the FIFA World Cup in the Arab world for the first time. We are offering FIFA an incredible event, with a tremendous football legacy, but also a legacy for humanity.” The Qatar 2022 logo artfully combines the concepts of international football and Qatari heritage. The 32 pentagons represent the surface of a football, using colours that reflect the natural heritage of Qatar—warm, luminescent colours of sand and sun which spiral inwards, alongside the azure blue of the sea. The pentagons form roadways leading to Qatar, bringing participating teams from all over the world to compete on the great stage that is the FIFA World Cup. http://thepeninsulaqatar.com/Display_news.asp?section=Local_News&subsection=Qatar+News&month=May2009&file=Local_News2009051724249.xml