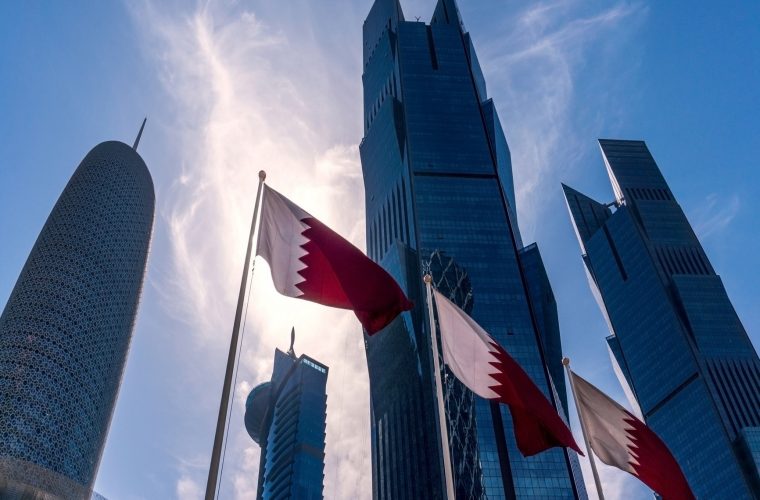 Qatar reiterated its rejection of any attempt to use policies of dictation and intervention to undermine the sovereignty of other countries, and expressed its keenness on resolving disputes peacefully with the support of the relevant organs of the United Nations.

This came in the statement of Qatar delivered by Sheikh Hamad bin Nasser Al Thani, member of the Qatari delegation taking part in the 74th session of the UN General Assembly, before the Sixth Committee on the Report of the Special Committee on the Charter of the United Nations and on the Strengthening of the Role of the Organization.

On the basis of the provisions of the Charter that have defined the responsibilities of the principal organs of the United Nations, it is critical that efforts be focused on achieving the balance envisaged in the Charter between the mandates of all the principal organs, in particular between the mandate of the General Assembly, as the principal deliberative and representative organ of the Organisation, and the mandate of the Security Council as the organ in charge of the maintenance of international peace and security, he said.

He also pointed to the Charter's emphasis on the principles of multi-lateralism, international cooperation, equality between States, non-interference in internal affairs, and respect for international law, which gives States the duty to act in good faith in accordance with the purposes and principles of the UN Charter and work to prevent conflicts.

He noted that the prohibition of the use or threat of the use of force is one of the main pillars of the multilateral international system, but it is disturbing that some countries are resorting to justify illegal acts that violate the UN Charter and are rejected by the international law and undermine the system of the collective security system, which requires concerted efforts to curb such trends and to ensure respect for the Charter and its basic purposes and principles.

In this regard, he referred to the illegal unilateral actions and the unjust blockade imposed on the State of Qatar for more than two years, in a flagrant violation of the UN Charter and international law, and undermining the efforts of the Special Committee to abide by the purposes and principles of the Charter and to respect international law. He said that the dangers of such policies to regional and international peace and security, and their flagrant violation of the rights of peoples, must be addressed, in line with the purposes and principles of the Charter and strengthening the role of the Organisation in the international arena.

The statement of the State of Qatar also stressed that the peaceful settlement of disputes is an important instrument for the maintenance of international peace and security and the promotion of the rule of law, and a fundamental principle applicable to all Member States in accordance with Article 2, paragraph 3, and Article 33 of the Charter, which emphasize the means of solution available to the parties to the conflict.

The statement added that the , as the principal judicial organ of the United Nations, also plays an important role in promoting international law, through the Court's rulings and advisory opinions, which help to settle disputes by peaceful means, and promote and clarify international law as an irreplaceable option towards peace and stability in international relations.

The statement pointed out that Qatar, based on its consistent policy of settling disputes by peaceful means, has taken the initiative to settle disputes by peaceful means with the support of the concerned organs of the United Nations. Therefore, Qatar supports the Special Committee's continued attention to the peaceful resolution of disputes, noting that the adoption of the Manila Declaration on the Peaceful Settlement of InternatioInternational Court of Justicenal Disputes, which represents a comprehensive framework for the peaceful settlement of disputes, is a valuable and very important achievement for the international community.

He noted that Qatar has always supported collective action and cooperation with its partners and with relevant United Nations entities to promote international peace and security, development and human rights, stressing its keenness to continue working in the framework of the Special Committee on the Charter of the United Nations and on the Strengthening of the Role of the Organisation.

He underlined that Qatar, in compliance with its international obligations, rejected any attempt to use dictation and intervention policies to undermine the sovereignty of other States, which constituted a flagrant violation of the UN Charter, international law and human rights, as well as a threat to the multilateral international system. He referred to the international community's assertion, in many international resolutions and declarations, that it rejects such illegal unilateral policies and procedures under pretexts that are far from reality and aim to achieve special goals, representing a violation of the principles of equality, sovereignty and territorial integrity of States, in addition to violating the fundamental principles set forth in the UN Charter.

The statement reiterated that Qatar will continue to contribute to the strengthening of the role of the United Nations in order to enable it to achieve the objectives for which it was established, and to continue to work with Member States within the framework of Special Committee on the Charter of the United Nations and on the Strengthening of the Role of the Organisation for the maintenance of international peace and security.