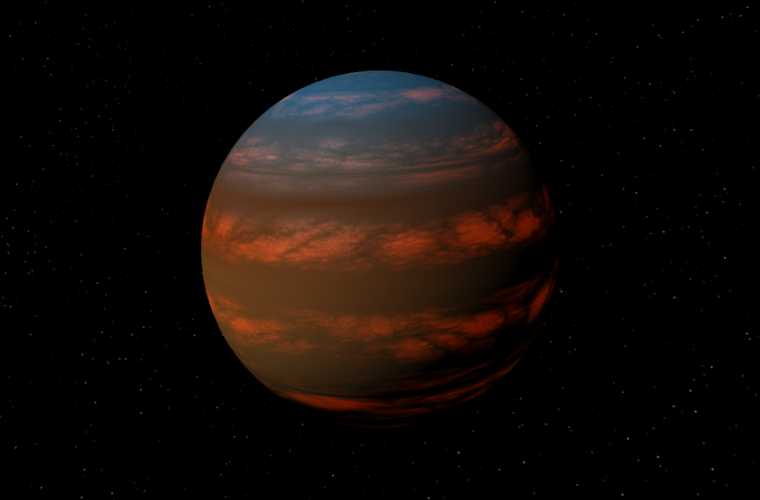 In its quest to discover extra-solar planets and actively contribute to the future of space exploration, Qatar Exoplanet Survey (QES), a research project by Qatar National Research Fund (QNRF), Qatar Foundation (QF) and Hamad Bin Khalifa University (HBKU) announced the discovery of a new planet – “Qatar 6b.” The discovery was published in the International Astronomical Journal, one of the world's foremost journals in astronomy and astrophysics.

Led by Qatari astronomer, acting executive director of QEERI, Dr. Khalid A. Al-Subai, the research team was able to discover the new exoplanet after a thorough undertaking, involving the study of thousands of celestial images taken by the specialized ground-based observatories of QES situated in three different geographic locations: New Mexico (USA), Canary Islands (Spain), and Urumqi (China). The International Astronomical Union (IAU), in association with the researchers, named the planet according to the satellite nomenclature in place and named it "Qatar-6b," with respect to the fact that the feat marked the country's sixth planetary discovery.

Remarkably, the newly-discovered planet’s length of year amounts to just three and a half days around its parent star, compared to the Earth’s 365-day cycle and the Jupiter’s 12-year cycle around the Sun. The planet orbits a far distant star 330 light-years away from the Sun, where a “light-year” is the unit of astronomical distance measuring close to 10 trillion kilometers. Jupiter is also comparatively much bigger with a diameter of 13 times the diameter of Qatar 6 (Jupiter's diameter is 12 times Earth's diameter). However, due to the rapid rotations of the planet around its parent star, its surface temperature rises up to 1300 degrees Celsius.

Although Qatar-6b belongs to a rare classification of moving planets in which part of the members’ planetary disks pass close to the edge of the star, the scientific team was able to capture and detect its signals. These planets represent 0.5 percent of the total number of asteroids detected from the thousands that exist, of which only 10 have so far been discovered. Determining the axial tilt of planets – or the angle between the planet’s equatorial plane and orbital plane – proves difficult to assess accurately, given the limitations of the observational points of view on Earth. As a result, scientists look for other distant planets around the star or astral satellites orbiting the planet as alternate points of reference, but this often requires observational monitoring and vigorous studies of the subject’s star system.

Exploration of space and the discovery of planets is key to solving some of the most fundamental questions about the universe. Additionally, research studies have shed light on the history of Earth’s solar system as well as widened the possibility of finding more Earth-like planets. The latest discovery of Qatar 6b adds a rare specimen of planet to the nation’s list of discoveries made in its new history of space exploration.

QES ranks amongst the top five research bodies out of the 30 different space exploration organizations around the world that use ground-based telescopes to search for extra-solar planets. The program, founded by lead astronomer, Dr. Khalid A. Al-Subai, is a distinctive initiative stemming from the Middle East, which builds on the rich astronomical heritage of the region. In what has now come to be known as the Golden Age, the field of astronomy enjoyed a significant period of growth and development across the region and produced celebrated astronomers, like Ahmad ibn Majid.

This is the first time students from Qatar have actively contributed to the planetary discovery through their analysis of the preliminary monitoring data. The participation of the students at QES enabled them to gain an insight into modern monitoring methods and state-of-the-art analytical tools. It is also the first time that the names of high school students have been published as participating researchers in a renowned international scientific journal.