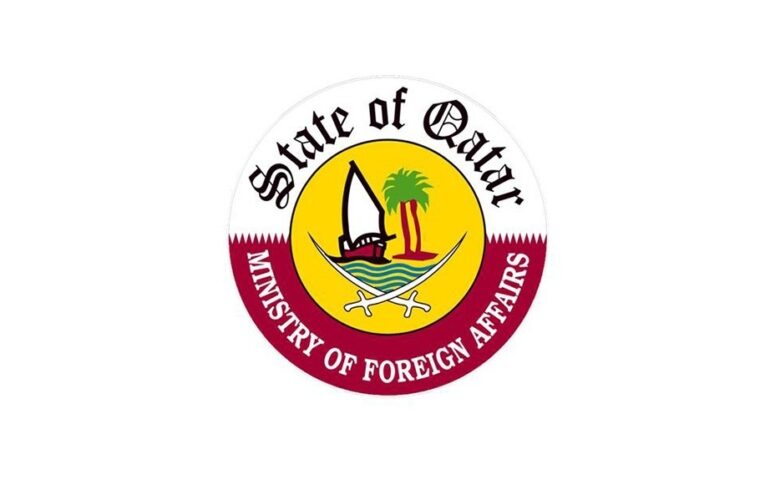 In a tweet, the Embassy of India Doha, Qatar had also issued a statement in response to a media query regarding statement issued by Qatar's MOFA on an offensive tweet in India.

Our response to a media query regarding statement issued by Qatar MOFA on an offensive tweet in India: https://t.co/IIIrWPiZ9A pic.twitter.com/FjmKqt2Cey

In response to a media query regarding statement issued by Qatar MoFA on an offensive tweet in India, the Spokesperson of the Embassy of India in Qatar said:

Ambassador had a meeting in the Foreign Office in which concerns were raised with regard to some offensive tweets by individuals in India denigrating the religious personality.

Ambassador conveyed that the tweets do not, in any manner, reflect the views of the Government of India. These are the views of fringe elements.

In line with our civilisational heritage and strong cultural traditions of unity in diversity, Government of India accords the highest respect to all religions. Strong action has already been taken against those who made the derogatory remarks.

A statement has also been issued by concerned quarters emphasizing respect for all religions, denouncing insult to any religious personality or demeaning any religion or sect.

Vested interests that are against India - Qatar relations have been inciting the people using these derogatory comments. We should work together against such mischievous elements who aim to undercut the strength of our bilateral ties.

The Ministry of Foreign Affairs (MOFA) in a tweet has announced that it has summoned, on 5 June 2022, H.E. Dr. Deepak Mittal, the Ambassador of the Republic of India to the country, and handed him an official note, expressing the disappointment of the State of Qatar and its total rejection and condemnation to the controversial remarks made by an official in the ruling party in India against Prophet Mohammed (may blessings and peace be upon him), Islam and Muslims.

The Ministry of Foreign Affairs Summons the Indian Ambassador and Hands Him an Official Note on Qatar’s Total Rejection and Condemnation of the Remarks of an Official in the Ruling Party in India Against Prophet Mohammed#MOFAQatar pic.twitter.com/rp7kMnWXdu

The official statement of MOFA:

H.E Mr Soltan bin Saad Al-Muraikhi, the Minister of State for Foreign Affairs of the State, handed this note to the Ambassador of the Republic of India.

The State of Qatar welcomed the statement issued by the ruling party in India in which it announced the suspension of the party's official from practicing his activities in the party due to his remarks that angered all Muslims around the world. Noting that State of Qatar is expecting a public apology and immediate condemnation of these remarks from the Government of India, pointing out that allowing such Islamophobic remarks to continue without punishment, constitutes a grave danger to the protection of human rights and may lead to further prejudice and marginalization, which will create a cycle of violence and hate.

The note indicated that more than two billion Muslims across the world follow the guidance of Prophet Mohammed (may blessings and peace be upon him (, whose message came as a message of peace, understanding and tolerance, and a beacon of light that Muslims all over the world follow.

The State of Qatar affirmed that these insulting remakes would lead to incitement of religious hatred, and offend more than two billion Muslims around the world, and indicate the clear ignorance of the pivotal role that Islam has played in the development of civilizations around the world, including in India.

The State of Qatar reaffirmed its full support for the values of tolerance, coexistence and respect for all religions and nationalities, where such as these values distinguish Qatar's global friendships and its relentless work to contribute to the establishment of international peace and security.