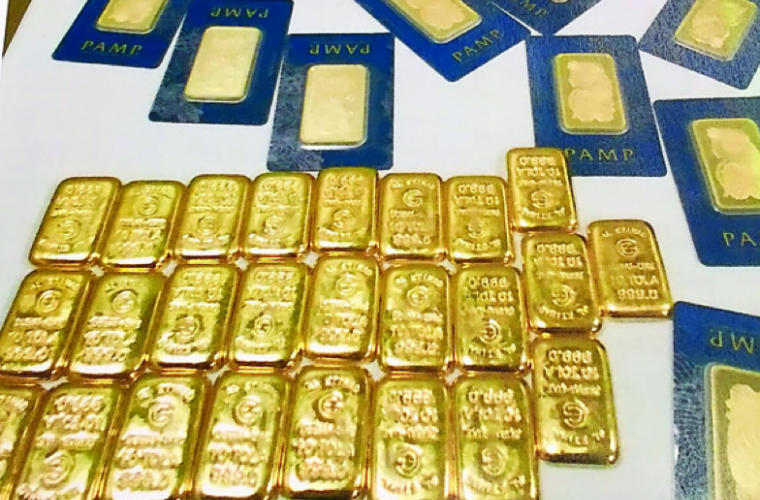 The General Authority of Customs recently seized a huge amount of Marijuana weighing 17.8kg from a personal shipment from an African country.

In another unrelated event the customs authorities at Hamad International Airport caught an Asian passenger trying to smuggle in 6.5kg gold bars hidden it inside his clothes.

Ahmed bin Ali Al Mohannadi, Chairman of the General Authority of Customs, honoured the two inspectors who were responsible for these major drug and gold hauls, stressing on continuing the efforts for protecting the country security.

He emphasized that the customs is supporting its employees in all ports and providing them with continuous training in order to enhance their experience. The first seizure happened when the cargo employee felt something suspicious about the personal cargo from the African country, which was packaged in a strange way.

This prompted the authorities to cross-examine the cargo with special devices and later conducted a thorough manual inspection, during which they discovered 17.8kg of Marijuana inside food containers.

Food items were mixed with dried marijuana fibres to dupe the authorities. But due to prompt action the attempt was thwarted. The second seizure was gold bars and seized from an Asian traveller by the customs officials at the Hamad International Airport. An Asian passenger coming from one of the Gulf state declared a small amount of gold and was allowed to do the proper paper work for transiting it through Qatar.

While he was doing his paperwork, an inspector felt suspicious about the traveller and on inspection found small wrapped parcels hidden inside the clothes at the bottom of the luggage.

There were more such parcels on the right and left pockets of his thigh.

Eighty-four gold pieces weighing 6.5 kg were seized, which will value in excess of QR600,000 at the current market price.