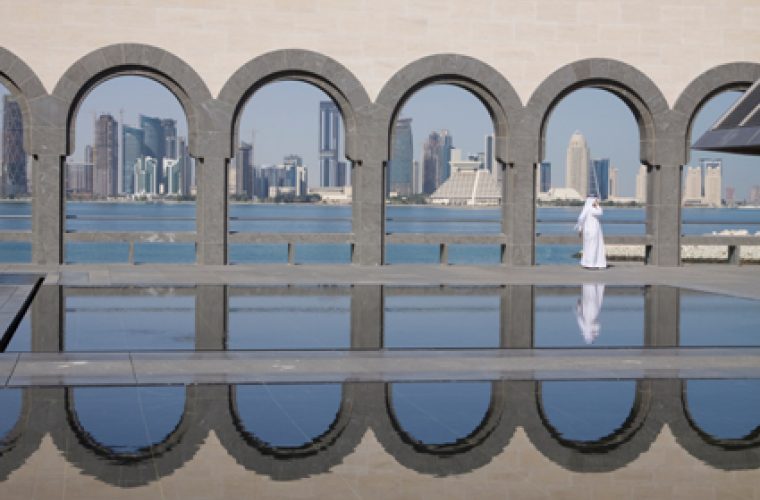 Mr. Ahmed Issa. Al-Mohannadi, Assistant General Manager of General Directorate of Customs said,”by the end of 2012, the Customs manpower amounted to 1,700 employees achieving dozens of successes on a daily basis at the various levels. He pointed out that around 320 employees were appointed last year. The Qatarization rate thus reached 91% of the aggregate number of employees.” At the celebration organized on Saturday by the Customs the occasion of the International Customs Day, Al Mohanady said, “Qatar Customs achieved an international jump by realizing the 34th level worldwide in terms of the quality of customs operations and services it provides according to the World Bank report 2012 lately released and contained an all-in-all assessment of the logistical performance of 155 countries.” Promotion of Superiority He further added, “The assessment of Qatar Customs services enhanced its excellence and superiority at the Arab level as it came second. On this occasion we cannot help but extend our thankfulness and gratitude to His Excellency Mr. Ahmed bin Ali Al Mohanady, General Manager of the General Directorate of Customs for the great efforts exerted in the course of development the Customs sector and his adoption of the change policy towards making Qatar Customs in the top rating with world customs whether in terms of its manpower or its quality services it provides to the various clients and customers”. Ahmed Eisa Al Mohanady extended his thankfulness and gratitude to His Royal Highness Sheikh Hamad bin Khalifa Al Thani, Emir of Qatar, and His Royal Highness Tameem bin Hamad Al Thani, the Crown Prince, and His Highness the Prime Minister Sheikh Hamad bin Jasem Al Thani for the great and lasting support for the Directorate which enabled Qatar Customs to provide modern, advanced and excellent services. Highlight of Support He further highlighted the continuous support for the Directorate General of Customs by His Excellency Mr. Yousuf Kamal, Minister of Economy and Finance, and His Excellency Sheikh Abdullah bin Naser bin Khalifa Al Thani, Minister of State for Foreign Affairs, and His Excellency General Saad bin Jasem Al Khalifi, Public Security General Manager, and His Excellence Dr. Ibraheem Saleh Al Nuaimi, Acting President of Community College, and Dr. Hissa Al Jaber of the Supreme Council for Information and Communication Technology. Ahmed Eisa Al Mohanady further said, ”The great successes realized by the Directorate over the last years is the best and most salient evidence of its employees dedication and sincerity in their work, which we hope would reflect on the performance of the coming years so that we can continue together in further advancing and promoting the Customs and implementation of programs that would contribute to realizing Qatar Vision 2030″. Exaltation Yesterday, both Ahmed bin Ali Al Mohanady and General Saad bin Jasem Al Khalifi exalted the excellent employees and the entities collaborating with the Directorate and the mass media. Thinking and Creativity In this respect, Ahmed Eisa Al Mohanady expressed the happiness of the Directorate General with its celebration of the International Customs Day with the different Customs Authority in the world under the slogan of “Creativity for Customs Development”, attracting attention that this slogan founds the principle of thinking and creativity for the purpose of realization of development. He said, ”Creativity and Innovation are the basis of the work of man whom Allah has granted distinction with the blessing of mind and the grace of thinking. Out celebration is not only at the local level of Customs it rather broadens and extends to the national and international community. We count this day an opportunity for the realization of intercommunication with the society where we live. We are endeavoring to create channels between us and our clients in order to enhance and promote the Customs role in protecting the Qatari society and supporting the national economy. We further consider this Day an opportunity for cooperation and construction of bridges of communication between us and the other Customs Authorities at the regional or international level, and achieving greater partnership that would serve the Gulf and International customs community”. Al Mohanady further indicated that the General Directorate of Customs enhanced its role of realizing the National Vision 2030 and achieving the sustainable development through the change and development policy adopted by the Customs in the organizational and regulatory fields and human resources. He said, “There are several examples to this, including development of the One-Stop-Shop Customs Education System that aims at enhancing the efficiency of operating the Customs ports and facilitating the cross boarders flow of goods and commodities without jeopardizing the society security.” He pointed out that the Customs endeavored to enhance cooperation and coordination between the Customs and the Ministries and the other government agencies through the signing of memorandums of understanding that aim at streamlining the procedures of obtaining the necessary approval and exchange of information through the interlinking between the Customs and the other concerned agencies and authorities. Furthermore, the Directorate targeted enhancing the educational and training level of the Customs personnel through the conclusion of a memorandum of understanding with the community colleges in the State of Qatar and teaching a number of personal on an annual basis in order to grant them a Certificate on Customs Disciplines, in addition to granting scholarships aboard for obtaining specialized scientific certificates. A Memorandum of Understanding was signed with the Police Training Institute with the aim of promoting field training for the new personnel, and enhancing the technological efficiency through the implementation of a number of electronic systems with the aim of achieving paperless customs within the coming three years. Besides, the Directorate General of Customs effectively participated in the GCC Customs Union Authority which aims at implementing the Customs Union requirements during the transitional period, and electronic networking of Abu Samrah Port Customs and Saudi Salwa Customs with the aim of exchanging data, and the goods and commodities transported through both ports with the aim of streamlining of procedures.