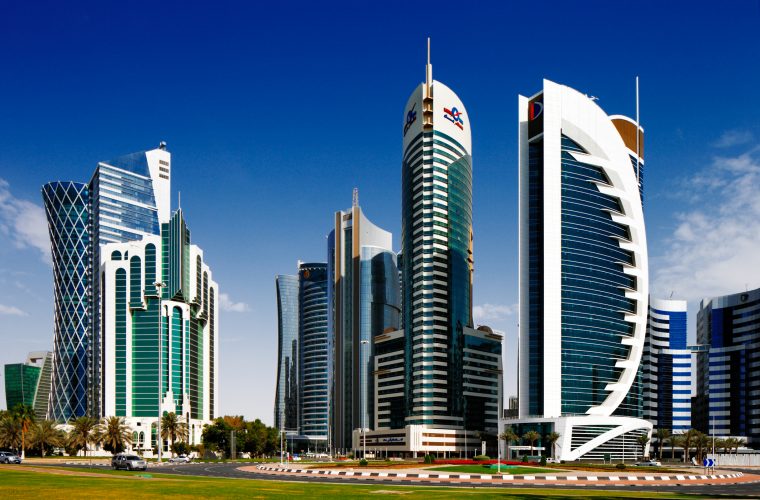 Qatar has claimed to be comfortable despite a week of losses, after economic sanctions from neighboring countries. While sanctions on Qatar’s imports and transportation could prove to create higher costs and inconveniences for Qatar, the government has stayed positive as the market has stabilized. Qatar Central Bank has also announced that transactions remain unaffected despite the crisis.

Pakistani Prime Minister, Nawaz Sharif visited Saudi Arabia on Monday to engage in talks with the ruler of Saudi regarding the GCC crisis. He expressed his concern over the issue and said he hopes the crisis will be resolved.

French President Emmanuel Macron met with the Emir of Kuwait with regards to the diplomatic fallout between Qatar and some of the GCC countries. He has previously called for Qatar to answer to its neighbors and for the crisis to be resolved.

After some confusion and tension among mixed families, Saudi Arabia, UAE, and Bahrain have announced that Qatari citizens who are spouses of citizens from the three countries will be allowed to stay – after a previous announcement saying all Qataris would have to leave. Qatar has also said that citizens of the same three countries will not be asked to leave Qatar. Oman, who have not taken a stance on the issue and have remained diplomatic, have said that they value the decision made by the UAE and Saudi Arabia to consider the humanitarian cases of mixed families. Amnesty International, however, have said that these measures are vague and insufficient.

Italy and Qatar have agreed to continue their economic cooperation, despite sanctions placed on Qatar by neighboring countries, after the finance minister of Qatar met with the Italian economy minister.

In an interview with CNN, CEO of Qatar Airways, Akbar Al Baker said that the blockade of airspace should be declared illegal by the International Civil Aviation Organization. He has also declared his disappointment in comments made by US President, Donald Trump, saying that “he thought he (Trump) was more shrewd” and that he expected the US to take the lead on challenging the blockade.

King Mohammed VI of Morocco has ordered for food to be sent to Qatar. A press statement said that the decision was in line with the teachings of Islam, especially in the Holy Month of Ramadan. This comes after Morocco offered to mediate between the two parties earlier this week.

Foreign Minister of the UAE, Anwar Gargash tweeted about Qatar "internationalizing the crisis."

According to Gulf Times, British Foreign Secretary, Boris Johnson has called for an ease on the blockade of Qatar, after meeting foreign minister of Qatar, HE Sheikh Mohammed bin Abdulrahman Al Thani in London. He is reportedly also going to meet with his counterparts in the UAE, Saudi Arabia, and Kuwait.

The foreign minister of Qatar said that Qatar does not accept “foreign dictations” and that Al Jazeera is an internal affair and will not be up for discussion.

Israeli Prime Minister, Benjamin Netanyahu has said that Israel supports the GCC countries who have severed ties with Qatar, and that they are now viewed as a "partner instead of an enemy."

Let us know what you think of these latest developments and make sure to stay tuned for more updates!