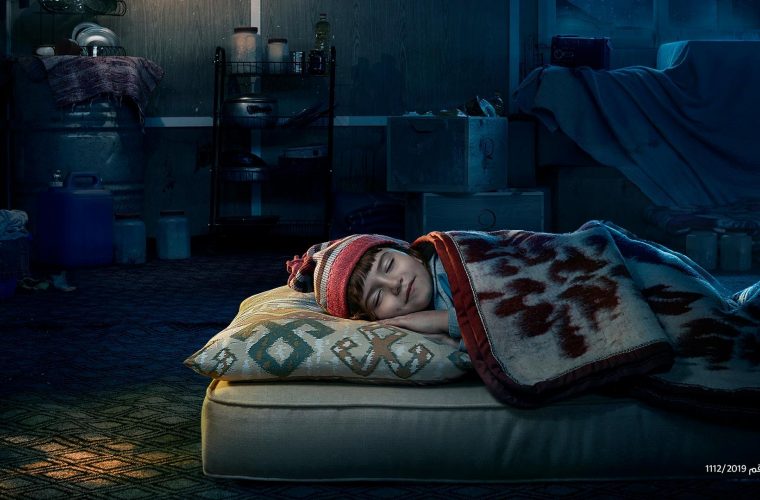 Qatar Charity has launched the winter campaign 2019-2020 from the Syrian and Palestinian refugees' camps in Jordan, to assist refugees, and needy people in 17 countries, at a total cost of QR 75 million. The campaign is expected to benefit 500,000 people in the areas of shelter, food, and heating.

A delegation from Qatar Charity prepared and managed six trucks loaded with winter necessities and distributed them to Syrian refugees and low-income Jordanian families in Amman governorate, and Palestinian refugees in Talbieh camp in Madaba governorate in southern Jordan.

Speaking at the launch ceremony, HE Ambassador of the State of Qatar to the Hashemite Kingdom of Jordan Sheikh Saud bin Nasser Al-Thani, said that humanitarian action is an integral part of Qatari policy.

His Excellency extended thanks to the Jordanian authorities and the Jordanian Hashemite Charitable Organization for all the facilities they have provided to launch the Qatar Charity's "Warmth and Peace" Campaign, stressing the strong relationship between the State of Qatar and Jordan and the development of cooperation in all fields, he also thanked Qatar Charity for this effort and for contributing to alleviate the suffering of refugees during the winter.

Director of Financial Sustainability Projects in Qatar Charity Khalid Al Yafei said in a speech during the ceremony that Qatar Charity, driven by its humanitarian duty, has been devoting and launching winter campaigns, and providing the winter necessities for the needy people before the severity of the cold, pointing that Qatar Charity's 'Warmth and Peace' campaign for 2019-2020 will benefit thousands of people in a number of Syrian and Palestinian refugee camps in Jordan as a first stage.

Al Yafei pointed out that the beginning of winter each year, especially with the waves of cold, rain storms and snow, suffering of refugees people living in tents and temporary housing as well as people suffering from poverty throughout the world increases.

Al-Yafei urged philanthropists in Qatar and the world to provide support to the campaign so that it can reach the targeted people and alleviate their human suffering.

He extended thanks and appreciation to the concerned Jordanian authorities for providing all the necessary facilities for the distribution of aid, and the media and activists on social networks for their efforts in covering the launch of the campaign and promoting its noble goals.

Secretary-General of Jordan Hashemite Charity Organization (JHCO) Ayman Al Mufleh thanked the State of Qatar, the Qatari people, and Qatar Charity for this humanitarian campaign, adding that this campaign is not new for Qatar, but is part of its ongoing charitable work.

Al Mufleh praised the launch of Qatar Charity campaign from Jordan, pointing out that Jordan hosts the largest number of refugees, mostly Syrians and Palestinians, four camps for Syrians, and 12 camps for Palestinians.

Following the distribution, the delegation visited the Qatar Charity Health Center in Za'atari camp, which provides medical services and treatment for Syrian refugees inside the camp. An eye examination was also conducted during the visit. Glasses were distributed to 500 Syrian and Palestinian refugees.

The campaign focuses on countries in exceptional circumstances such as Syria and Palestine and the poorer segments of countries facing a harsh winter with temperatures below zero.

As part of the "Warmth and Peace" campaign, UNHCR, in cooperation with Qatar Charity, is distributing aid to refugees in Iraq, Yemen, and Jordan at a value of about QR11 million. Winter bags for orphans will be distributed in 9 countries.

The campaign aims to provide the winter needs of more than 500,000 people in three main areas: food, shelter, and heating, through a number of products needed by the target groups such as food baskets, winter clothes, blankets, heaters, heating fuel, tents, caravans, maintenance of tents, repair of houses, shelter kits (mattresses, pillows and toiletries) as well as providing a winter bag for orphans include (winter clothes - blankets - food basket).