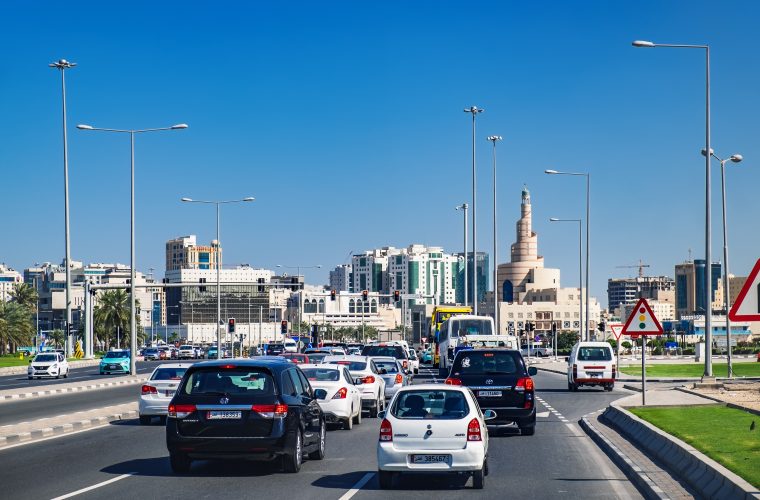 Qatar Charity (QC), in cooperation with the Ministry of Interior, represented by the General Directorate of Traffic, organised a symposium entitled 'Traffic Awareness and Human Culture' to raise awareness of using roads in a safe manner to avoid traffic risks and save lives and property.

This symposium comes within the framework of the second round of the radio programme 'Competitors' in the third edition, which is produced by Qatar Charity in partnership and cooperation with the Holy Quran Radio.

The seminar focused on linking the traffic awareness to human culture and charitable work and comparing the importance of vehicles in Qatar and its uses in the countries that Qatar Charity went to in terms of benefiting from the transportation of students, water, medicine, misconduct and its relation to traffic culture, and reasons that cause accidents and other topics.

Major General Mohammed Saad Al Kharji, Director General of the General Directorate of Traffic and Patrols of the Ministry of Interior expressed his pride to attend the symposium, stressing the importance of community partnership and cooperation between state institutions and its members for traffic safety, noting that everyone is responsible for preserving life and property when driving.

For his part, Yousif bin Ahmed Al Kuwari, Qatar Charity's Executive Director, expressed his happiness for the fruitful partnership with the General Directorate of Traffic and praised its efforts in raising traffic awareness and its role in reaching all sectors of the society for their safety and safe transportation.

He announced Qatar Charity's support for the efforts of the Traffic Awareness Department to issue a leaflet containing a number of awareness tools offered to the new drivers as a gift that will be printed in three languages: Arabic, English and Urdu. It includes information about traffic awareness and human culture and shows the importance of maintaining and using vehicles properly and optimally. He thanked the Public traffic for their efforts and participation in the 'Competitors' programme.

In his speech, Lt. Col. Jaber Mohammed Adeebeh, Assistant Director of Traffic Awareness Department, said that the rates of traffic accidents recorded in Qatar last year have declined significantly from the global rates. He pointed out that the wrong traffic behaviours are the main cause of traffic accidents.

At the end of the seminar, Yousif bin Ahmed Al Kuwari, Chief Executive Officer of Qatar Charity, honored Major General Mohammed Saad Al Kharji, Director General of the General Directorate of Traffic and Patrols of the Ministry of Interior, in recognition of his outstanding role in enhancing traffic safety in the country and his participation in the 'Competitors' programme. (QNA)