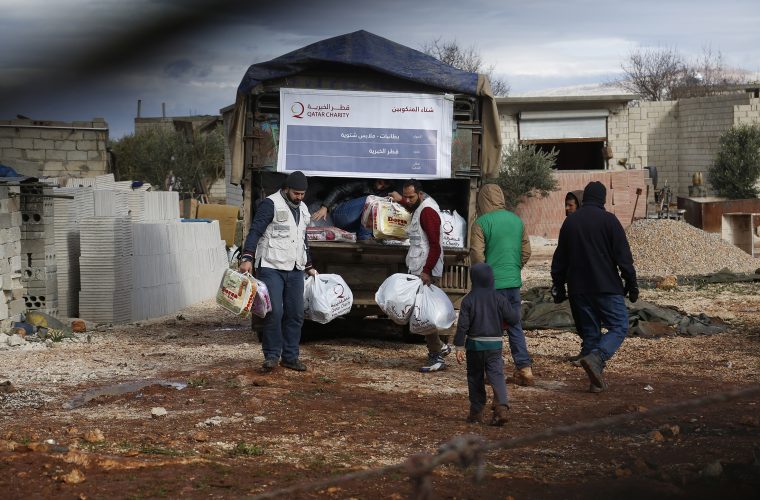 As winter approaches with its bitter cold, heavy rains, and harsh snowfalls, the suffering of the displaced, the affected, and refugees in countries experiencing exceptional circumstances, worsens dramatically, and poor people face a challenging situation under the cold. This necessitates early humanitarian interventions to meet the winter needs of the vulnerable.

The displaced and refugees in Syria, Iraq, and Palestine, and the poor in other countries, where temperatures fall below zero degrees, go through further hardship. They face many problems, including the damage to shelter tents, lack of heating facilities and fuel, shortage of winter clothes and blankets, and scarcity in the necessary food, in addition to suffering from diseases associated with severe cold winter. Such situations might cause deaths or the spread of diseases, especially among children and the elderly.

This situation demands early action by humanitarian institutions to extend the necessary support to the vulnerable to help them cope with the additional risks of the winter.

In this regard, Qatar Charity, with the support of the people of Qatar, is keen to provide assistance annually to lessen the suffering of the vulnerable, and contribute to saving lives in countries most affected by the cold winter. It delivers food items, fuel, blankets, and shelters to hundreds of thousands of people in need.

During the last year’s winter, Qatar Charity’s managed to deliver assistance to more than 2.4 million people in need, the poor, the displaced and refugees, as part of the “Below Zero” campaign. Qatar Charity’s aid included comprehensive relief, food supply, shelter and non-food items, in addition to providing assistance in the fields of education and health.

The aid worth QR51mn was distributed in Albania, Bosnia and Herzegovina, Iraq, Pakistan, Syria, Palestine, Kyrgyzstan, Kosovo, Lebanon and Nepal. The internally displaced people (IDPs) in Syria and Syrian refugees in the countries of asylum received the largest portion of the aid, followed by the needy in Palestine and Iraq.

As the winter got worse last year, Qatar Charity launched the “Arsal Relief” campaign to provide urgent assistance to those affected by snowstorms in the camps of Arsal and in other Lebanese regions at the cost of QR20mn.

Qatar Charity was one of the first humanitarian organizations that managed to reach the affected camp of Arsal, which were hit by the Storm Norma, and distributed food and shelter aid there.

As part of the campaign, Qatar Charity has sent a relief team that visited nine Syrian refugee camps, in addition to the Arsal Medical Complex, where medicines were distributed to children and mobile clinics were provided to offer medical care to patients.