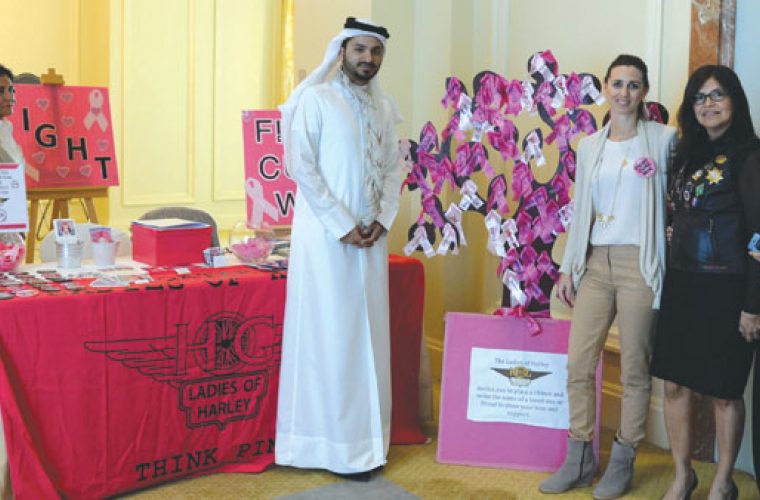 The incidence and mortality rates of breast cancer in Qatar are significantly higher than any other type of cancer found in women, Hamad General Hospital’s General Surgery director and senior consultant specialising in Breast Cancer Surgery Programme, Dr Salahddin Gehani, said yesterday.
“Cancer generally is a growing problem for Qatar and the World Health Organisation reported that breast cancer is by far the most common cancer in Qatar as we have been diagnosing yearly up to 140 cases of breast cancers among women, including both expatriates and Qataris, since 2010,” Gehani told a press conference, held to announce the launch of a number of cancer awareness campaigns.
“Early analysis of data and breast cases in Qatar would suggest there needs to be some targeted campaigning, particularly among the women aged 64 years and over, to stress the importance of awareness and the need to seek prompt medical help to ensure early detection of cancer if required,” Gehani said.
He stated that with an estimated one out of eight women likely to be diagnosed with breast cancer, the National Cancer Programme felt it imperative to respond by launching a Breast Cancer Awareness Campaign.
“This campaign aims to educate and raise awareness of breast cancer with the message that early detection offers better outcomes. This will be done through spreading facts about breast cancer. We aim to increase awareness about signs and symptoms of breast cancer and support patients to better understand and manage their cancer and health in general.”
The official explained that the Qatari population is a traditional society and breast cancer is a social stigma and a source of shame.
“This belief leads to a higher percentage of women who tend to seek medical attention or help at late stages of their cancer. Breast awareness is about encouraging women to become more aware of their bodies generally and to get to know their own breasts,” he said.
He said the campaign would encourage prompt health-seeking behaviours with concerns of findings that are normal to the individual.
“The campaign visuals will be placed in HMC, Primary Health Care Corporation, pharmacies and other locations that are frequented by our primary target audiences,” he said.