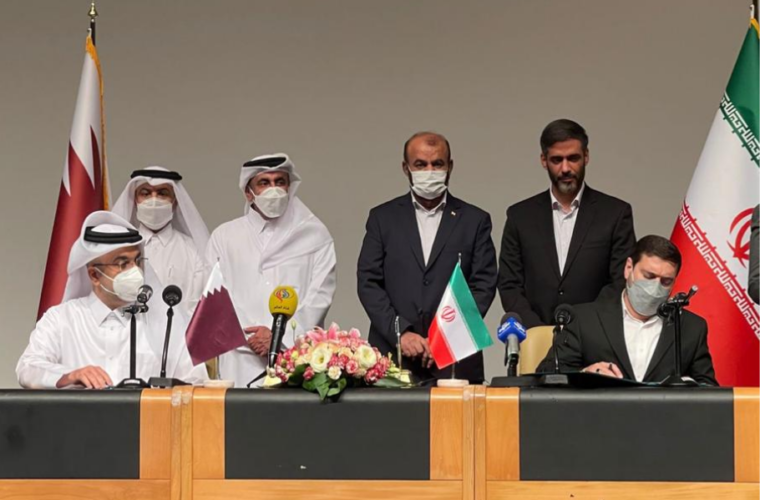 On April 11, Qatar and the Islamic Republic of Iran signed a bilateral operational operations agreement to link Doha aviation information (established in accordance with ICAO's decision) with Iran's aviation information territory. An agreement was also signed to increase the number of flights between Qatar and Iran, in the presence of his excellency Mr. Jassim bin Saif Al-Sulaiti, minister of transport & communications, and his excellency Mr. Rustam Kassimi, minister of roads and urban reconstruction of Iran.

The agreements were signed by Mr. Mohammad Faleh Al-Hajri, who is in charge of the operation of the general civil aviation authority, and His Excellency Mohammed Mohammadi Bakhsh, president of the civil aviation organization of Iran.

A series of meetings were also held between the two sides to strengthen cooperation in the transport sector and discussed all matters related to the activation of memorandums of understanding for the shipping sector and port management, as well as consideration of all issues that would remove all obstacles in support of strengthening and facilitating transport and trade between the ports of the two countries, as well as reviewing private investment opportunities in the port sector, in the presence of his excellency Mr. Jassim bin Saif Al-Sulaiti, minister of transport & communication, and his excellency Mr. Rustam Kassimi, minister of roads and reconstruction Iranian cities.

The signing ceremony and meetings were attended by H.E. Mohammed bin Hamad Al-Hajri, ambassador of Qatar to the Islamic Republic of Iran, ambassador Yusuf Sultan Yusuf Larm, director of the Asian Affairs Department at the ministry of foreign affairs, and a number of senior officials in the transport and transport sector of the two countries.