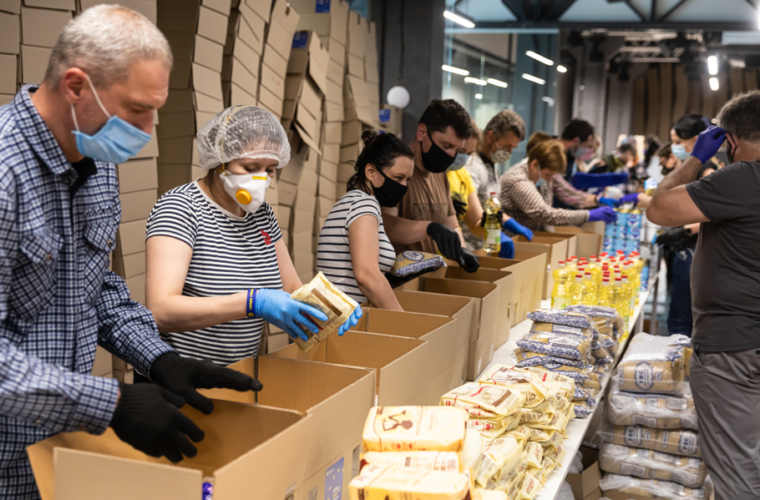 The State of Qatar announced allocating USD 5 million in humanitarian aid to support Ukrainian refugees and displaced persons, through Qatar Fund for Development (QFFD), based on its moral responsibility, stressing the difficult humanitarian situation that millions of refugees are facing in the shadow of the continuing escalation and tension requires the solidarity of the international community to develop emergency plans to respond to their necessary needs.
This came in the State of Qatar's speech delivered by H.E. Assistant Foreign Minister Lolwah bint Rashid Al Khater at the virtual Donors' Conference for Ukraine.

H.E. Lolwah Al Khater reiterated the State of Qatar's call for an immediate cessation of military action in Ukraine, securing humanitarian corridors to ensure aid access, resolving the dispute through constructive dialogue and diplomatic methods, in addition to settling the conflict by peaceful means and avoiding what can lead to further escalation.

She said that the State of Qatar's call stems from its keenness on the Charter of the United Nations and the well-established principles of international law, including the obligations under the Charter to settle international disputes by peaceful means, and its commitment to the sovereignty, independence and territorial integrity of states. Her Excellency pointed out that the world is going through difficult stages and multiple crises that are forcing many to move towards a safer place and a better future.

''This is what we see today for the Ukrainians who are experiencing a dark period in their history that forces them to flee, whether inside or outside Ukraine, to avoid war and its horrors, as is the case with the millions of refugees who have previously suffered from the scourge of war and the international community's neglect of their suffering, such as the Syrian refugees, not to mention the longest tragedy of refugees in modern history, which is the tragedy of the Palestinian refugees", Lolwah Al Khater added.

In this context, H.E. the Assistant Foreign Minister said that the State of Qatar fears that the conflict will expand to include other neighbouring countries in and around the Balkans, expressing Qatar's sincere condolences to the families of the victims and its wishes for an urgent solution to this humanitarian tragedy.

Her Excellency also extended thanks to H.E. European Commission President Ursula von der Leyen and H.E. Canadian Prime Minister Justin Trudeau, as well as those who hosted the conference in support of Ukrainian refugees and displaced persons.