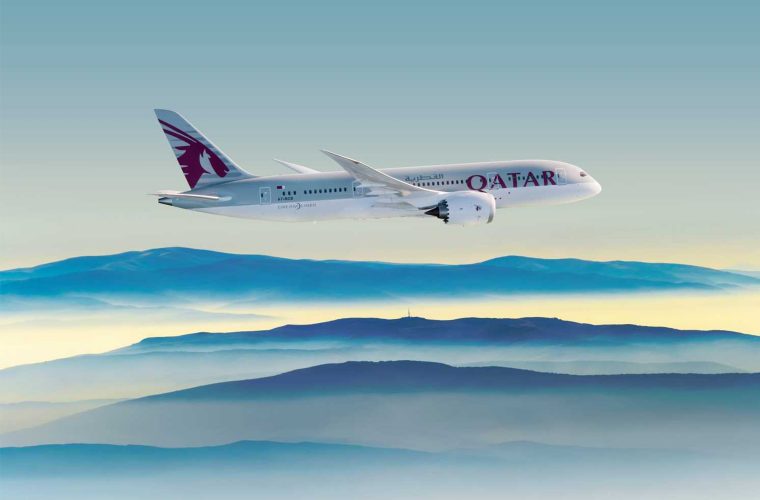 Qatar Airways has launched a social media competition with a top prize of a free pair of Business Class tickets anywhere in the world, to help celebrate the Final Draw for the group stage of the 2018 FIFA World Cup. The Draw takes place on Friday 1 December at the State Kremlin Palace in the heart of Moscow, Russia.

The competition kicks off a series of activities planned by the airline over the coming months as excitement builds in the run-up to the start of next summer’s 2018 FIFA World Cup across Russia. The tournament will be watched by billions of football fans around the world as the top teams compete from 14 June to 15 July, 2018, across 11 Russian host cities.

Qatar Airways Group Chief Executive, His Excellency Mr. Akbar Al Baker, said: “We are delighted to be sharing this journey with the football teams and the devoted fans of each country involved in the 2018 FIFA World Cup, as they gear up for the tournament next summer. As the Official Airline of FIFA, Qatar Airways is looking forward to welcome football fans from around the world to matches across Russia.

“We believe that sport brings people together, and we are proud to play a part in connecting fans all around the world with this amazing football experience, thanks to our global route network. We will shortly begin our new direct flights to St. Petersburg, Russia, making it even easier for football fans to take part in this highly-anticipated historic sporting event.”

Football fans can join in the fun of the Final Draw on social media by competing to win a pair of Business Class tickets to any Qatar Airways destination around the world. By clicking on a special link on Qatar Airways’ Facebook page, fans will be required to predict the four teams in each of the eight groups using the 32 qualified teams. The lucky winner of the pair of Business Class tickets will be chosen from those whose guesses exactly or most closely matches the Draw results in Moscow on 1 December.

Further cementing the strong ties between Russia and Qatar, Qatar Airways will also launch its new daily service to the cultural capital of Russia, St. Petersburg, doubling the Russian routes operated by the five-star carrier. The new daily flights, which start on 19 December 2017, will operate between Doha and St. Petersburg with an Airbus A320, offering 12 flatbed seats in Business Class and 120 seats in Economy Class. Qatar Airways first started flying to Russia in 2003, and now, 14 years later, the airline offers three daily flights between Doha and Moscow.

As an Official Partner of FIFA, Qatar Airways will have extensive marketing and branding rights at the next two FIFA World Cups, with an expected audience reach of billions of people per tournament. The airline also had visibility at the FIFA Confederations Cup in Russia and FIFA U-17 World Cup in India.

Qatar Airways was named the Skytrax ‘Airline of the Year’earlier this year. The national carrier of the State of Qatar also won a raft of other major awards at the Skytrax awards ceremony, including ‘Best Airline in the Middle East’, ‘World’s Best Business Class’ and ‘World’s Best First Class Airline Lounge’.

Qatar’s national carrier operates a modern fleet of more than 200 aircraft to a network of more than 150 key business and leisure destinations across Europe, the Middle East, Africa, Asia Pacific, North America and South America. The airline is launching a host of exciting new destinations planned for the remainder of this year and 2018, including Canberra, Australia; Cardiff, United Kingdom and Penang, Malaysia, to name just a few.