QA to airlift relief aid to Philippines free of charge 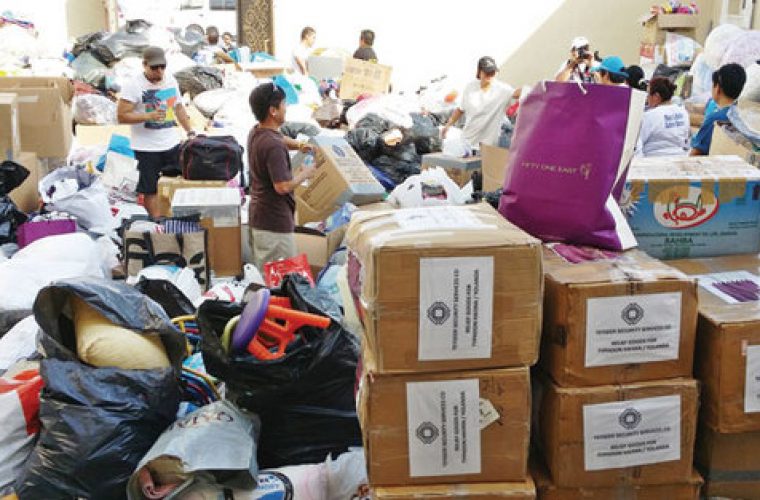 Tonnes of relief goods donated by expatriates in the country will now be transported to the Philippines faster and free of charge via Qatar Airways (QA) flight to Clark International Airport (CIA), Philippine Ambassador Crescente Relacion told Gulf Times. The ambassador disclosed that airline personnel have started loading the re-packed goods last night and it is expected to be flown to CIA tonight. “We would like to thank Qatar Airways management through its CEO, Mr Akbar al-Baker, and the Qatar government for the free shipment of 20 tonnes of goods donated by the Filipino community, Qataris and other expatriate communities,” he said. Relacion earlier conveyed his gratitude to HH the Emir Sheikh Tamim bin Hamad al-Thani and the people of Qatar for their show of solidarity with Filipinos affected by super typhoon Haiyan. The Qatar government has initially donated 80 tonnes of food, blankets, medications, tents and various kinds of goods. Besides its $70,000 donation, the Red Crescent Society also spearheaded a massive fund drive to raise some $2mn funds. Relacion said a press conference was also held at the Diplomatic Club on Saturday in a bid to thank those who helped, and at the same time, encourage other residents and nationals to do their share. Culture attaché Richard Billedo told Gulf Times that the relief goods will be turned over to government agencies in the Philippines such as the Department of Social Welfare and Development (DSWD). Then, it will be flown and distributed to typhoon-stricken areas in the Visayas. Billedo also said they were continuously receiving various kinds of donations almost every day at the embassy. Hundreds of Filipinos and other nationalities visited the chancery on Friday to volunteer in repacking the relief goods. It is also learnt that many overseas Filipino workers (OFWs) and other expatriates have sent cash donations through bank accounts of DSWD, the National Disaster Risk Reduction Management Council and the Philippine Red Cross. Some groups have decided to forgo their scheduled parties this December and instead use the funds to help their compatriots. “Sometimes we have to do some little sacrifices especially for the needy. Anyway, these parties could still be held in some other time,” said Mildred, an expatriate who was often tasked with organising the company’s annual gathering. Instead of celebrating their birthdays next month, a number of OFWs have also decided to donate some of their savings and join other fund drives. Different organisations have also held their own fund drives. Meanwhile, many OFWs in Qatar who flew to Tacloban City a week ago have been reunited with their families and relatives. Some have temporarily stayed in nearby towns of Tacloban like Samar while others have immediately relocated their loved ones to Cebu City. http://www.gulf-times.com/qatar/178/details/371975/qa-to-airlift-relief-aid-to-philippines-free-of-charge