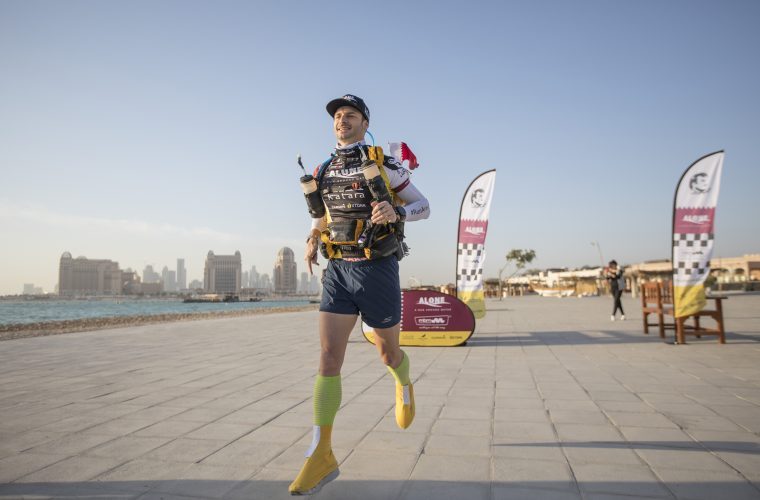 A 1 km public run and homecoming welcome scheduled to be held tomorrow morning at 9:30 a.m. at Katara Cultural Village for French runner Pierre Daniel has been delayed. Daniel began a week-long solo trek to circumnavigate Qatar on foot on Sunday, February 18.

During the Al Ruwais to Salwa leg of the journey from days three to five, Daniel attempted to set a new world record for the fastest time completing a north-to-south run across Qatar – totalling a 190 km stretch.

Fans were slated to welcome Daniel home on Saturday, February 24 by joining him in a public run for the last 1 km home-stretch, culminating in a welcoming ceremony at Katara. In a press release issued to media this evening, the public welcome and media reception scheduled for tomorrow morning will now be delayed until Sunday, February 25.

The release cites that the delay was made for safety reasons due to ‘the immense effort on days three to five to set a new record from north to south – this decision has been taken to ensure Pierre can finish safely.’

Media interviews will now be held on Sunday, February 25 at Katara from 12:30 p.m. to 2:00 p.m. at the finish line with photo and filming opportunities available.

Let’s all cheer on Pierre as he reaches his goal! Drop us a line in the comments below and leave your words of support! Also, don’t forget to share this news!