Psychiatrists to examine man over ‘bomb hoax’ on Qatar-UK flight 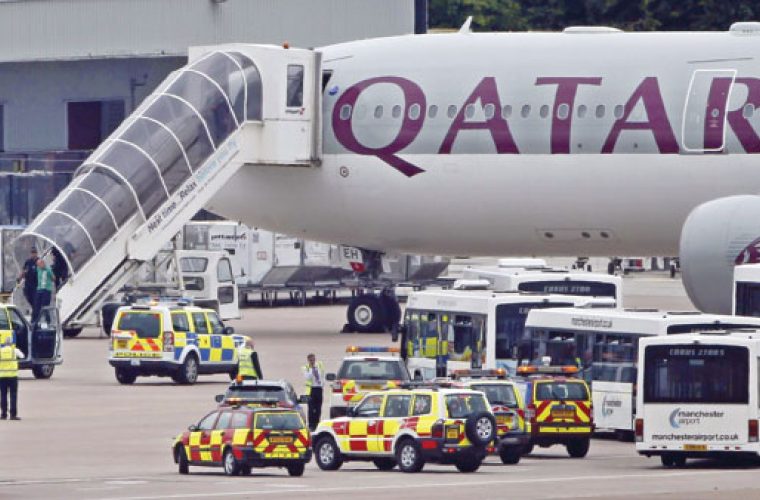 A man arrested over a suspected bomb hoax on a Manchester-bound Qatar Airways flight has been ordered to take a psychiatric evaluation under Britain’s Mental Health Act, police said yesterday.

The 47-year-old from northwest England had been detained by armed officers who met flight QR23 from Doha when it arrived at Manchester Airport on Tuesday, escorted by a Royal Air Force (RAF) Typhoon fighter jet.

Greater Manchester Police said that the man had now been committed under the mental health act, known as “sectioned” in Britain.

“Following his arrest he was assessed by medical staff and again by a mental health team,” a spokesman said.

“He was subsequently sectioned to allow for a fuller assessment and appropriate treatment.”

Witnesses on board the flight, which had 282 people, said armed police entered the aircraft and escorted the suspect off with his hands on his head.

Police said the incident arose when the pilot received information about a possible device on board the plane, having been handed a note from a passenger.

Qatar Airways said there were 269 passengers and 13 crew aboard the Airbus A330-300 plane.