Projects ‘not under pressure’ due to low oil prices: al-Attiyah 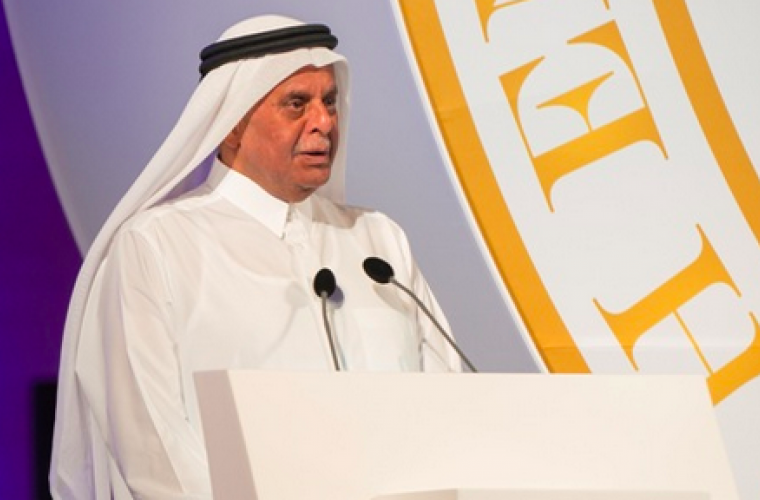 Qatar’s projects “are not under pressure” due to lower energy prices, said HE Abdullah bin Hamad al-Attiyah, former Deputy Premier and Minister of Energy and Industry.
“It is not going to affect any of our projects. Yes, energy prices are low…but this is not the first time it is happening and it will not be the last either. In the 90s, oil price had fallen below $6; the current price is also much lower than it was last year, or in 2014. But oil prices are cyclical. They will rise again. It is a matter of time before that happens,” al-Attiyah told Gulf Times yesterday.
He said Qatar knew very well how to manage the situation borne out of low energy prices. There will be a spike in consumer demand because of lower energy prices.
“More consumers will be attracted because of the cheaper price. And because of the cheaper price, LNG is an attractive alternative for many buyers.”
Earlier, addressing a panel discussion on “The role of LNG in a changing energy world” hosted by Brookings Doha Center, al-Attiyah stressed the need for economic diversification and said it has “importance” in the current situation.
“We know oil and gas are a depletable resource. Our oil and gas resources will take us to another 100 years or more. For a person, this may look a long time. But for a nation, 100 years is short.”
He said Qatar knew it very well and had started planning for the post-oil era much earlier.
“Our thrust on education is part of our economic diversification initiatives. We have brought in some of the best universities to Doha. This will help properly educate our young men and women and empower them. Our sovereign wealth fund is also part of our diversification efforts. Diversifying the economy away from oil and gas is top on our priority,” al-Attiyah said.
Qatar, he said, met 99% of its water needs through desalination.
“Obviously, we cannot have agriculture in this country. That said, we are one of the largest fertiliser producers in the world. We produce more than 8mn tonnes of urea. Of this, we consume only 5,000 tonnes a year. We export urea to more than 95 countries. This way, we help many countries boost their farm output,” the former Deputy Premier said.
On the challenges faced by Qatar, particularly in the pre-oil era, al-Attiyah said, “Qatar did not have electricity… not even one elementary school in the 1940s. The first elementary school was opened in this country after the dispatch of the maiden oil cargo in 1949.
“And when we set up the first elementary school, we could not find a teacher- 95% of our people could not read or write. At that time, we sought the help of many good teachers, mostly from Arab countries. They included Mahmoud Abbas, who is the President of the State of Palestine. He taught in an elementary school here.”
Al-Attiyah said, “Despite all the hardships our parents lived… and died here. Hardships only made them stronger.”
Amos J. Hochstein, Special Envoy and Co-ordinator for International Energy Affairs, US Department of State was the other panellist at the session moderated by Sultan Barakat, Director of Research, Brookings Doha Center. (Source)